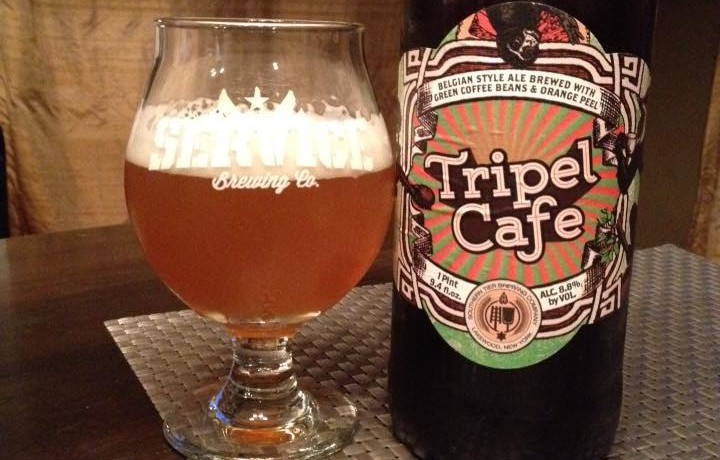 According to the label Southern Tier Tripel Cafe is a Belgian style Ale brewed with Green Coffee & Orange Peel, 8.8% ABV.

The appearance is certainly Tripel like, nothing is really added by the coffee beans and orange peel. Maybe a bit dark, but it has a golden, slightly orange color. The aroma on this is extremely hard to describe, both Lee and I had a hard time nailing down exactly what it was we were experiencing. Standard tripel sweetness, but notes of licorice, candied ginger, and lemon. And mint, I keep smelling a bit of mint making me finally blurt out, “Mojito”. The taste is just as unique and hard to describe. There is a distinct vegetal quality that is hard to pin down, I have to assume that is being added by the green coffee beans. Little hints of smoke? Maybe cilantro? There is a nice bit of banana, mild Belgian yeast spice, honey and orange citrus on the finish. The closest thing I can describe this as is a non-traditional Belgian Tripel in the taste along with some Mojito aroma. Maybe?

Without a doubt one of the most interesting beers I have had in while. 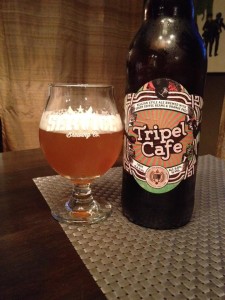