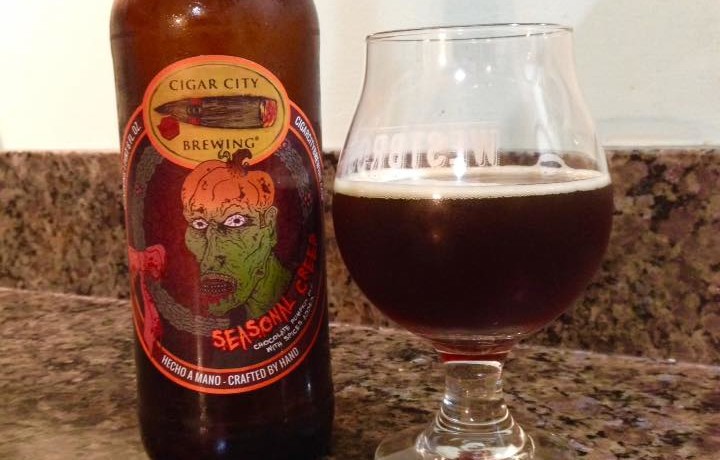 Cigar City Brewing Seasonal Creep is a Chocolate Pumpkin Ale with spices added. Bottled in mid-June Cigar City has just decided to embrace the dreaded seasonal beer creep and release this fall beer in the middle of summer with a rather clever name.

The beer pours with a muddy brown color with a few reddish notes in there as well. Just a bit of an off white head that fades very quickly. A lot of chocolate and roast on the nose, not your typical blast of sweet pumpkin pie and spice in the aroma. The taste takes this to a different place for a Pumpkin Ale as well. It is sweet, but not overly so, mild pumpkin and chocolate without a ton of pie spice. More bready than your typical pumpkin ale, it is reminding me of a not too sweet, chocolate/pumpkin bread pudding. The finish is a bit hoppy and spicy.

I really like this, it is the first Pumpkin Ale I’ve had in a while that breaks out of the typical Pumpkin Ale mold. 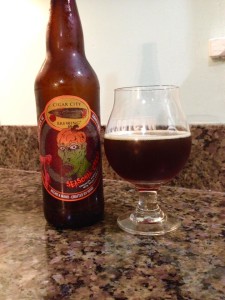