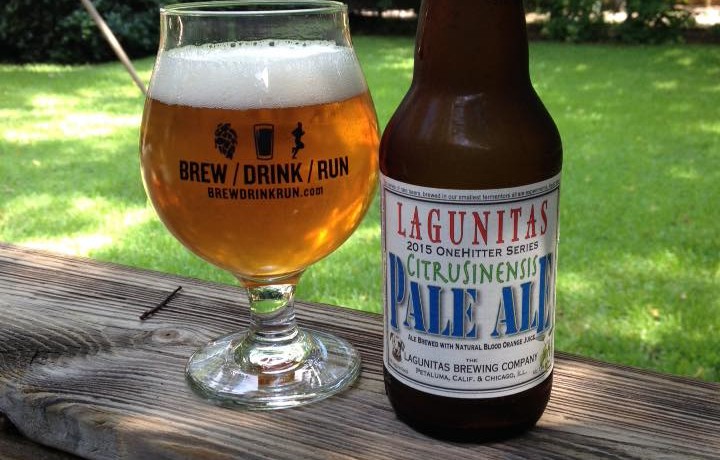 Lagunitas Citrusinensis Pale Ale is brewed with blood orange juice, 7.9% ABV. The blood orange is hot in brewing right now, a lot of breweries are using it in their IPA’s, Pale Ales and the occasional Gose or Sour Ale. Lagunitas has jumped on board with this beer from The One-Hitter Series, a series of small batch beers that have I assume are intended to be brewed only once.

Not a great looking beer, it’s a hazy yellow/gold color with a considerable amount of stuff floating in my beer. The aroma is out of this world though. Super juicy and fruity with a ton of tart blood orange, generic citrus and pine. The flavor is mostly tart blood orange and grapefruit on a bold and bitter pale ale. Some great pine hops, but not too over the top for Lagunitas.

This is a great summer beer that is easy to drink and rather refreshing. It’s frighteningly “light” for a 7.9% ABV beer, tastes like a Session drinks like an Imperial! 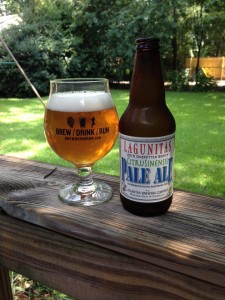