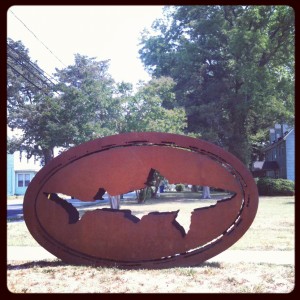 The Dogfish Dash, hosted by Dogfish Head Brewing, has to be one of the few runs that every beer runner has on their “must run” list. I know it’s been on my list ever since I first found out about it four years ago. This year’s Dogfish Dash is THIS Sunday, September 27th.

The 2015 Dogfish Dash has 2500 lucky participants who have the opportunity to run though scenic Milton, Delaware, raise awareness and money for a great organization and taste some of Dogfish Head beers.

That’s a lot of big anniversaries being celebrated at once. The year is “bittersweet” for Sam however. This year’s Dash coincided with the Great American Beer Festival so he will not be in attendance at the race. Representing Dogfish Head will be Sam’s wife and Dogfish Head Vice President Mariah Calagione and run organizer Mark Carter along with “dozens of his co-workers.”

Sam filled me in on what should not be a surprising fact: “2500 tickets for runners sold out in less than ten minutes coming from as far away as California and across the country.”  In the past the Dogfish Dash has been a 5K and a 10K but the 2015 race sports a new distance. A nod to the Dogfish Head motto, off centered ales for off centered people, the Dash is an “off centered distance” of 8K this year. 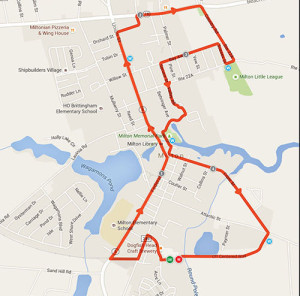 The race starts and ends at the Milton Brewery and features an all-new route that takes participants through the town. At the race end there will be plenty of food and drinks. As Sam says ”the carrot on the stick will be Dogfish Head brews and food prepared by my co-workers at the pub in Rehoboth Beach (the original home of Dogfish Had brewing).

Not in the race for a PR and just want to have some fun? Then check out the costume contest. The only catch is that your costume has to be made from recycled materials. In addition to the run, there are plenty of opportunities to have fun and get involved. “There are competitions on the side that we host: keg toss, keg runs. Over 150 volunteers, people who are not athletic but care about the cause and the Nature Conservancy” will be on hand to assist runners and lead the fun. If you can’t make the Dogfish Dash this year but want to help from afar there are sponsorship opportunities on the Dogfish Dash Crowdrise site. You can donate to the Nature Conservancy and even sponsor a runner who will be participating in the Dogfish Dash.

Sam discussed the Beer and Benevolence program that is central to Dogfish Heads outreach and provides support for the arts, community and environmental stewardship. The Dogfish Dash is a key aspect of the program and a “very, very big event for us.”

The Dogfish Dash takes you near the Edward H. McCabe Preserve, a Nature Conservancy preserve located close to Milton, and only a few miles from the Dogfish Head Brewery. The preserve features several miles of hiking and running paths and a canoe trail along the Broadkill River.

If the Dogfish Dash is not on you run to do list, it should be. Sam Calagione and his crew have cooked up a fun filled run with and unusual distance, some great post run beer and food, and The Nature Conservancy is a worthy cause. A healthy lifestyle, good beer and a good cause – that sounds like something all Brew/Drink/Runners can get behind. 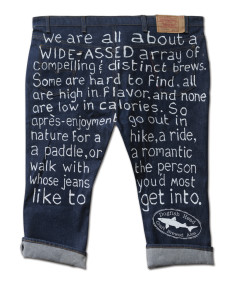