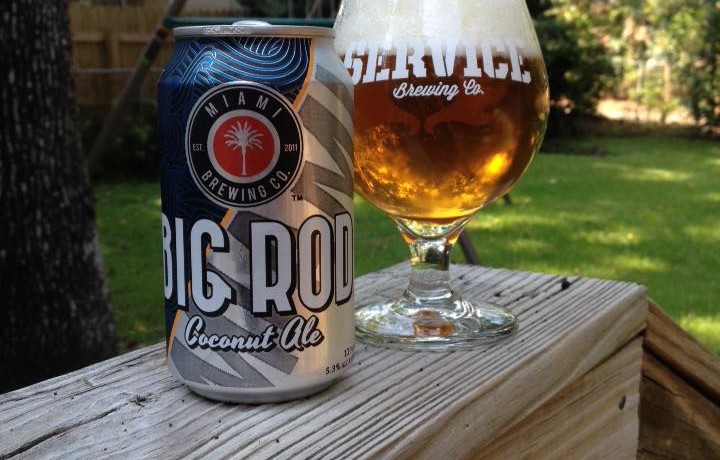 Miami Brewing Big Rod Coconut Ale is an American Blonde Ale, 5.4% ABV. This beer was a kind of afterthought add to round out a mixed six pack I was buying when in Florida this past summer. I do like coconut though, so I even though I had never heard of this brewery I gave it a try.

The pour is a bit dark for a American Blonde, this more resembles a Pale Ale or Belgian style Blonde to me. The aroma is fantastic, this beer smells just like a macaroon! Toasted coconut and vanilla make a perfect combo on the nose. The taste starts strong with a lot of toasted coconut, before the base beer itself emerges in the middle of the taste. A bit of an astringent ale, not too impressive really, but thankfully more coconut, vanilla and a bit of caramel comes in on the finish! This isn’t complex, and would be a nightmare for anyone who doesn’t like coconut.

Even though this seems like a bit of a novelty beer, it really would be a fantastic beach beer! 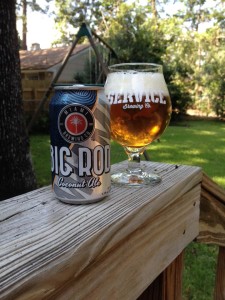