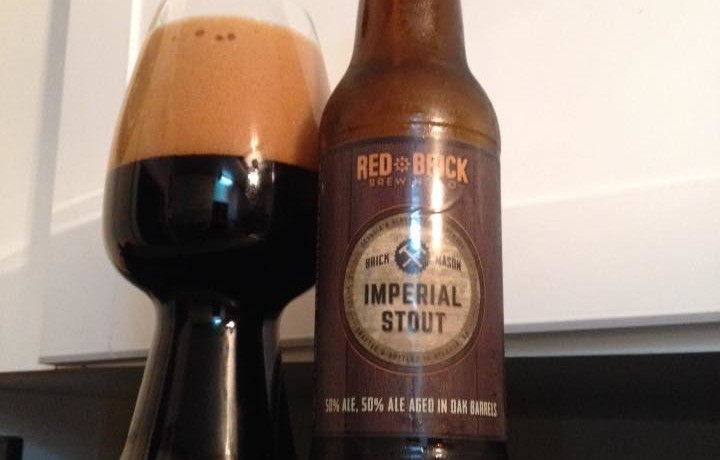 Red Brick Imperial Stout is a release from their Brick Mason Series, 10% ABV. From the website: Inspired by our legendary 20th Anniversary Imperial Stout, we’ve taken that recipe and aged half of it in oak barrels. The original was aged in Buffalo Trace Bourbon Barrels.

Oh yeah, this guy pours just like a Russian Imperial Stout should: Dark and thick with a huge light brown head. This beer has a really nice aroma as well, sweet and mildly roasty with notes of chocolate and dry oak. The taste carries all of what I get on the nose, but adds a strong dark fruit flavor, mild notes of vanilla and big dry oak finish.

It took me a while to pick up a bottle of this since I wasn’t quite sure if it was a different beer from the 20th Anniversary or not. I’m glad I finally did, I found this really enjoyable. In fact, it is an interesting experiment in how different barrels can effect the same recipe. 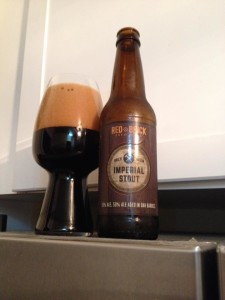