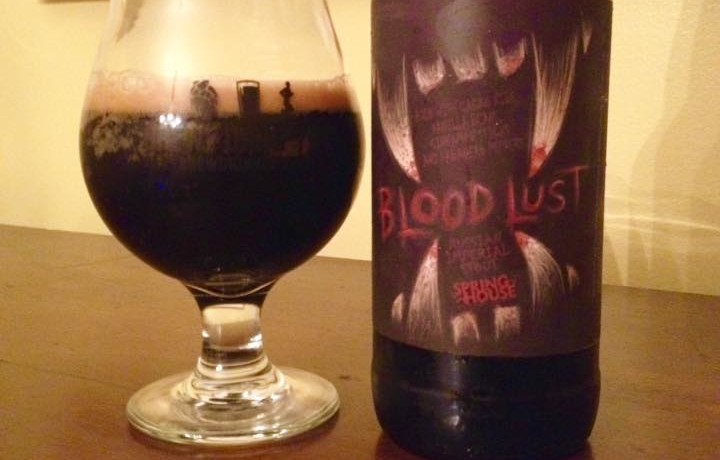 Spring House Blood Lust is a Russian Imperial Stout aged with vanilla, cinnamon, cacao nibs, and habanero peppers. Thanks to Raymond for sharing this trade bottle with me.

The pour has a nice dark brown to black color, solid tan head that fades but still leaves a ring around the edge of the glass. Something has gone terribly wrong with the aroma, this beer has an incredibly strong odor of… moth balls. The taste is actually pretty good, if not amazing. Nice chocolate and cinnamon with a pleasantly mild pepper burn… I just can’t get past the smell, did something go wrong with this bottle? It is hard to enjoy the beer with that strong smell. The mouth-feel is a touch thin and watery for a Russian Imperial, but I’ve certainly had worse.

As bad as the aroma was, I would probably try this again. I have to hope there was just something off with this particular bottle. This beer is nowhere near the Huna, Mexican Cake, Prairie Bomb ballpark, but it’s worth another short for sure. 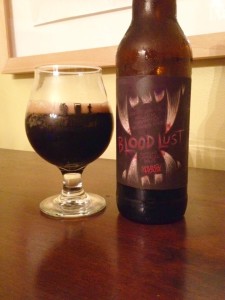