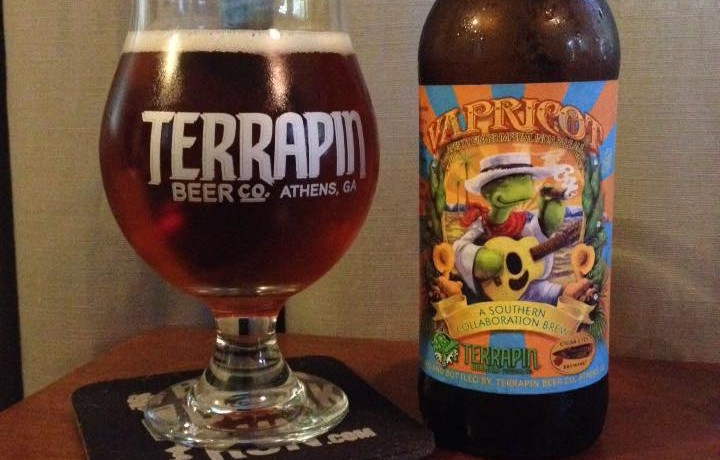 Terrapin Vapricot is an American Double/Imperial IPA. 9.05% ABV. This collaboration with Cigar City Brewing is a new 2015 addition to the Monster Beer Tour as the Fall release. The beer utilizes apricot puree and unfiltered ginger juice.

This pours with a nice dark golden amber color with some red highlights, the off white head was solid to start and settles to a pleasant ring around the glass. The aroma is dominated by apricot, although some ginger does linger in the nose at the end of the smell. Taste is the same, but opposite. The ginger really dominates, I mean REALLY dominates. Some sweet bready malts, hints of sweet apricot, a mild alcohol burn and some hop bitterness add a little bit of dimension to this beer, but the taste is all about the ginger.

If you are a fan of ginger, and/or sweet DIPA’s in general, this should be on your radar for sure. 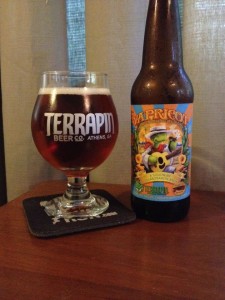