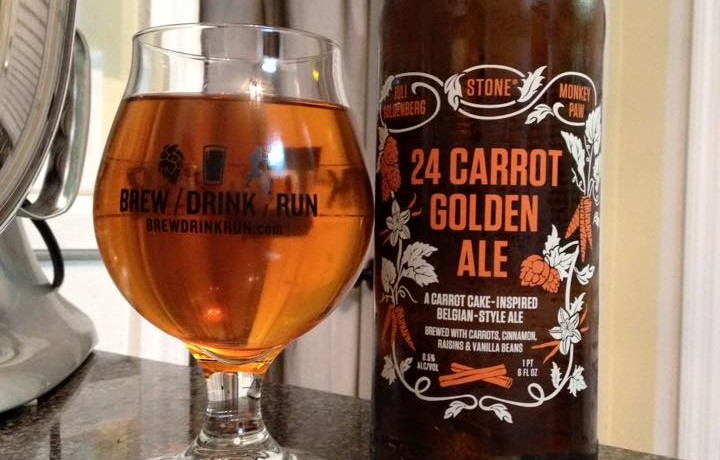 Apart from an almost entirely missing head after about 12 seconds this has a nice appearance. Exceptionally clear with an appropriate golden orange hued color. The aroma has a ton of grain and Belgian yeast, maybe a hint of the vanilla beans as well that does create a carrot cake frosting like aroma. This is a nice tasting Belgian that gets much more “carrot cake” like as it warms. To start this is all about some spicy Belgian yeast, with some vague notes of the sweet dessert. Eventually the vanilla icing and some raisins emerge followed by a little cinnamon and generic spice.

Rather enjoyable as a whole, but this beer really lacked enough sweetness and overall carrot cake flavor to be great. 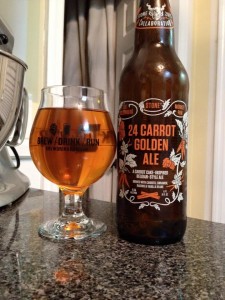