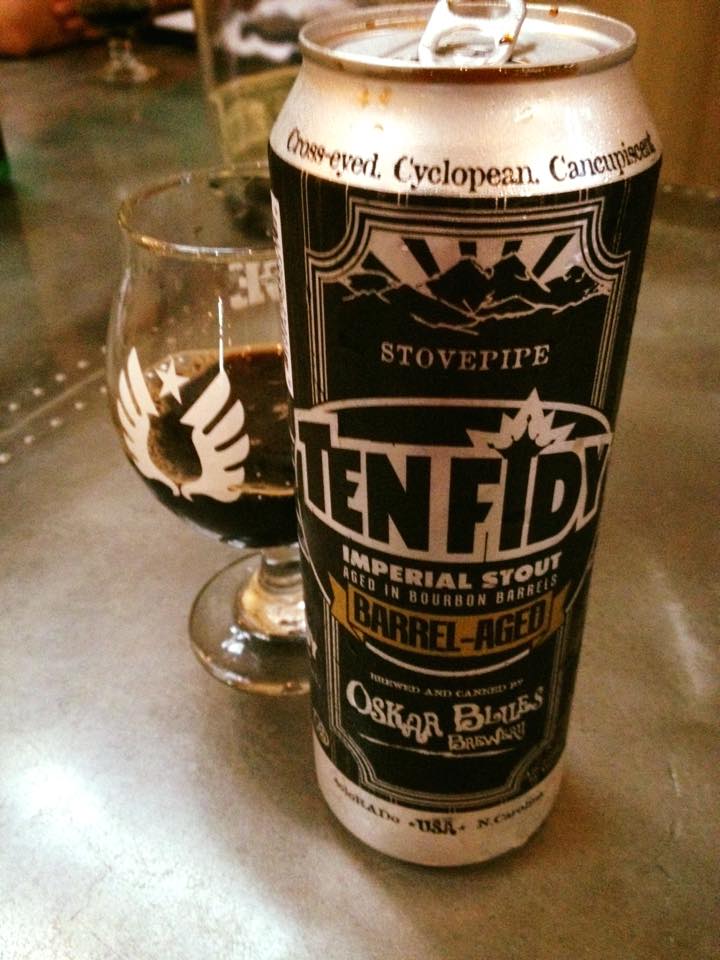 Oskar Blues Bourbon Barrel Aged Ten Fidy is a Russian Imperial Stout, 12.9% ABV. This review is for the 2015 version of this beer released in a 19.2 oz. “Stovepipe” can. There have been several other barrel aged versions of Ten Fidy released in the past that were draft only or packaged in crowlers. This was on my radar as soon as I heard it was being released and thankfully I didn’t have to wait long to try it. Thanks to the folks who left this for us to try at work, it was quite the beer to go with the meeting that day!

This pours with the most amazingly thick and black appearance, absolutely no light passing through this beer. The taste and aroma is really not too far off the original, just add a ton of hot bourbon flavor. All of the big sweet flavor of Ten Fidy is there, molasses, prunes, and dark chocolate syrup, but the huge sweetness of the base beer is really cut by the barrel treatment. I’m getting more of the natural roast, smoke and coffee that is a bit hidden in the original. The bourbon flavor added is strong, but in a good way for me, not too much at all. The mouth-feel is thick and intense, a truly chewy beer that slides down with ease.

I have gotten to the point where I appreciate the big sweetness of Ten Fidy (it used to be a draw back for me) but the barrel aging makes this beer almost perfect. An instant rival to Founders KBS and Bell’s Black Note, simply outstanding! 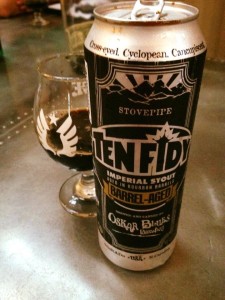