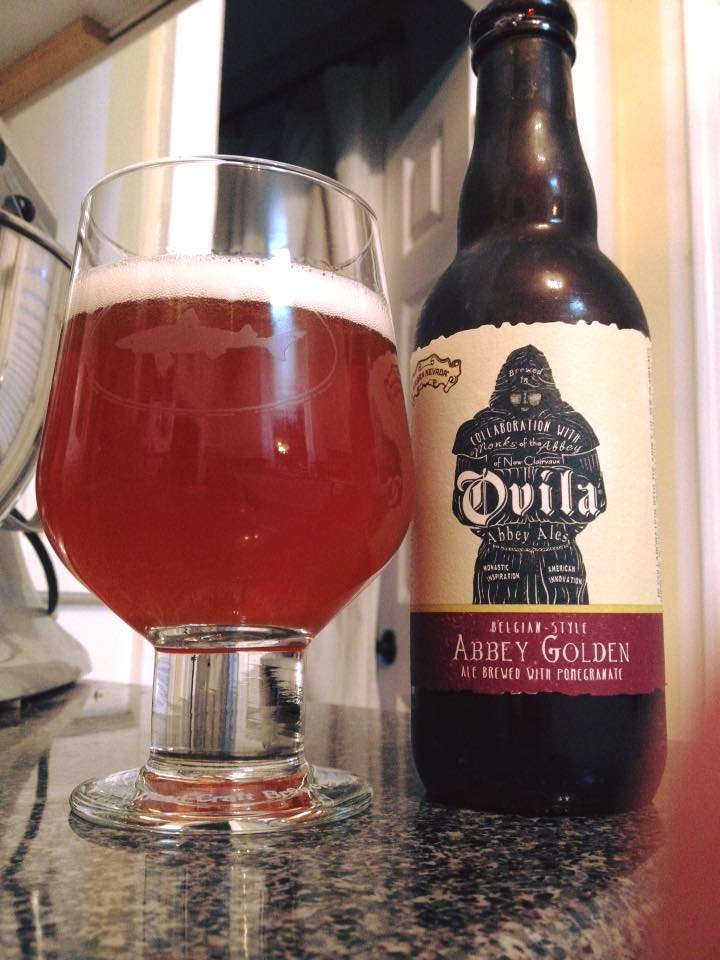 Sierra Nevada Ovila Belgian-Style Abbey Golden (With Pomegranate) is a Belgian Strong Pale Ale, 8.5%. As you have already gathered this is brewed with pomegranate, it was created in collaboration with The Abbey of New Clairvaux.

A pretty looking beer, this pours with a lightly golden in color with some heavy pink hues, a good white head lingers on top of the beer as well. This is rather “Belgian” smelling, I’m enjoying a good bit of yeast and apples. I’m also smelling some mild pomegranate on the nose along with a dash of coriander and pale malt grain. The first thing I notice about the taste is the mouth-feel, both a strong tingle of carbonation and a soft creaminess create a beer that feels fantastic. A fairly typical Belgian Pale Ale spiciness hits my taste buds first, that is quickly followed by the sting of some strong alcohol. The apples that were so strong in the aroma are more subdued in the taste, while the pomegranate is turned up quite a bit. Some more apple and pear on the finish is mixing well with the light tartness of the pomegranate. I’m really enjoying the slightest hint of lemongrass here and there as well.

I’ve been kind of underwhelmed by these Sierra Nevada Belgian-style beers in the past, but this one grew on me considerably with each sip. I am glad I decided to take another shot at the Ovila Abbey Series. 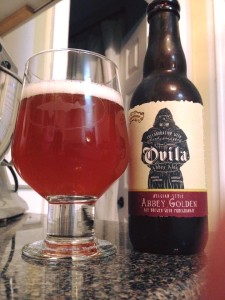