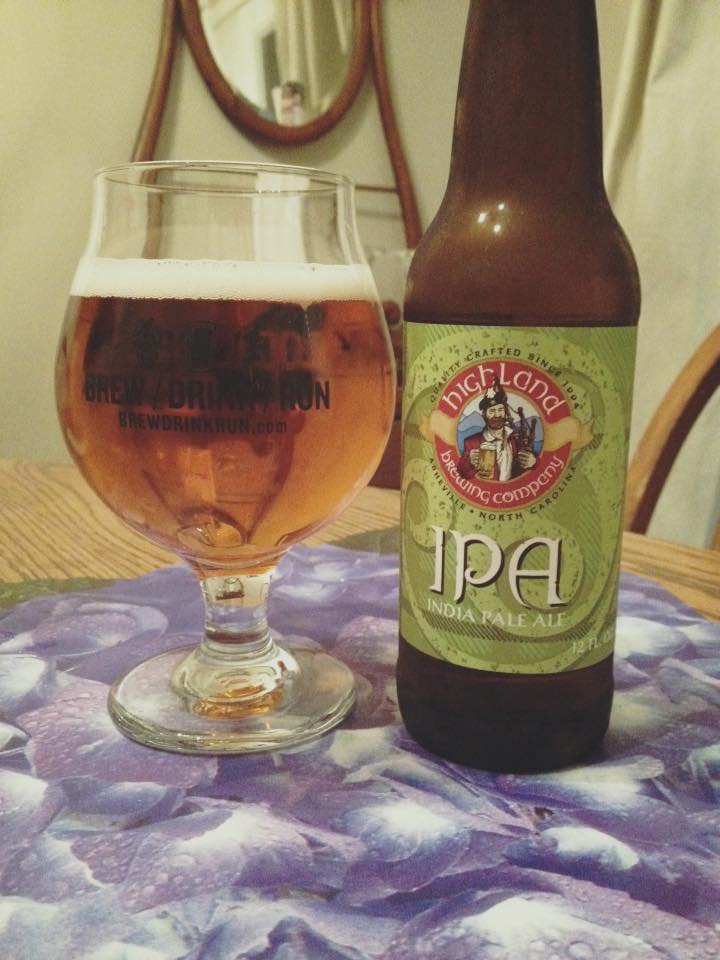 Highland Brewing IPA is an American IPA, 7% ABV. Released on January 4th 2016, this west coast style IPA will be a new year round offering. It is just one of many new beers Highland is working on to update their profile a bit. No mention of Kashmir in the literature sent with the review bottle of beer, I guess we will see if they keep both beers in the line-up.

This pours with a crystal clear golden color and a solid white head. The aroma is citrusy and piney with a good bit of dank onion and a pinch of sweet caramel malt in the background. I was expecting a more intense flavor given the aroma and ABV. Not to say this is a weakly flavored beer, it’s more like the flavors are all in perfect harmony. Bright citrus and potent pine blend on the front end of the taste, and mild sweet caramel malt in the background balances the slight bit of onion that is coming through.

This new IPA is highly drinkable and well thought out. It isn’t breaking new ground, but it is nice to see another solid IPA that can be picked up year round.