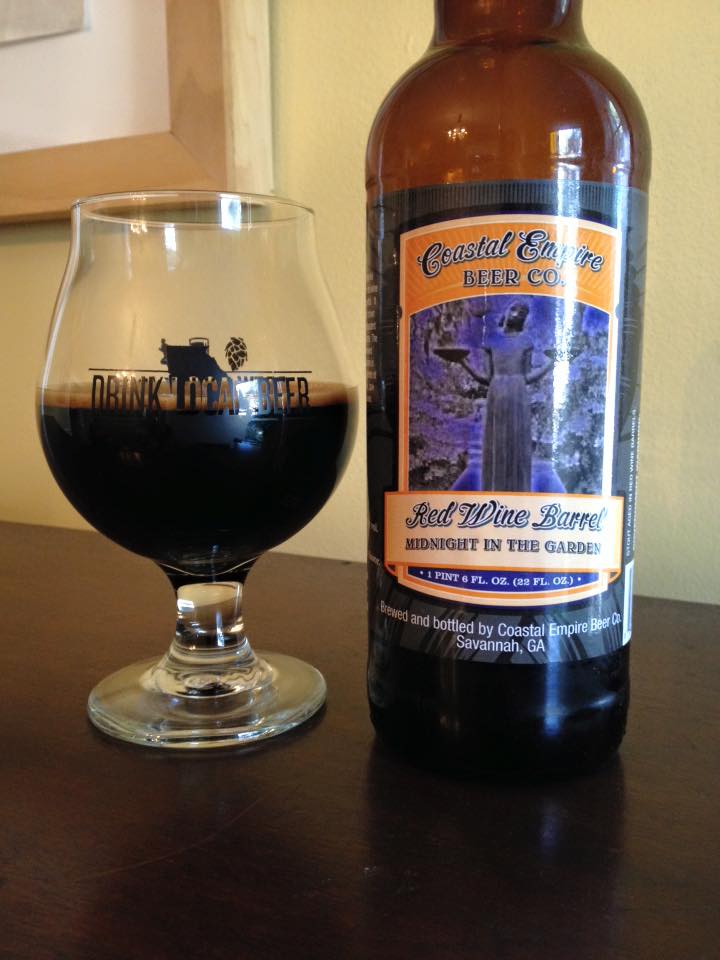 The pour is dark and viscous with a nice tan head that has just the slightest hue of red. On the nose is a lot of raspberry/cherry like fruitiness that is clearly being added by the red wine barrels. The big chocolate notes of the base beer are still there on the nose, but a different kind of fruitiness is added thanks to the barrel aging. Still a big Imperial Stout, but less sweet than regular Midnight, more of a bakers chocolate flavor with a bit of generic fruit tartness. The finish is almost incredibly strong with dryness from the barrel and tannin from the wine itself. This shouldn’t be too surprising since we learned from Coastal Empire’s Chris Haborak that the barrels were in fact rather wet when they received them. The alcohol burn is a touch potent, but not overly strong in the taste.

It is nice to see the noticeable change between the two versions of this thanks to the barrel aging. 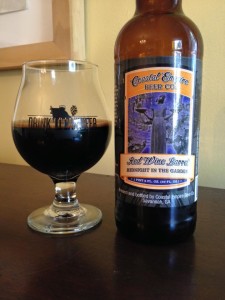