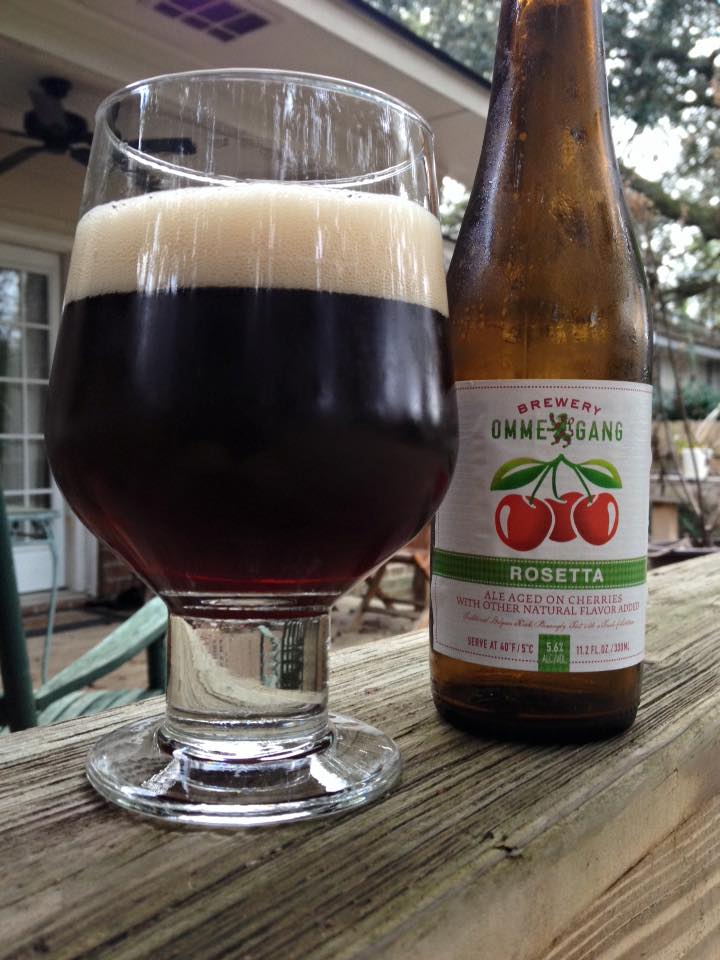 Ommegang Rosetta is a Flanders Oud Bruin, 5.6% ABV. After a closer inspection of the label I find this… Brewed exclusively for Brewery Ommegang by Liefmans, a sister brewery, in Belgium. So in reality this is a Liefmans beer. That isn’t exactly a bad thing, they make big fruity Belgian beers quite well.

This pours with a rich dark red color and a nice off white head that lingers throughout. The aroma is big with slightly tart dark cherries, a little raisin, and a big red wine like tartness. A pleasantly strong tartness hits the tongue immediately, this quickly mellows with the taste becoming predominately cherry.

Rather enjoyable, but overall this is lacking in the complexity you get with a classic Flanders Oud Bruin. That said, I would certainly drink this again, and it’s a great introduction to the style. 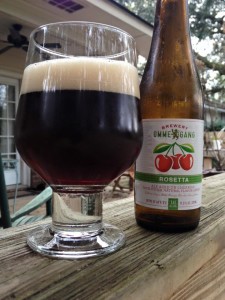