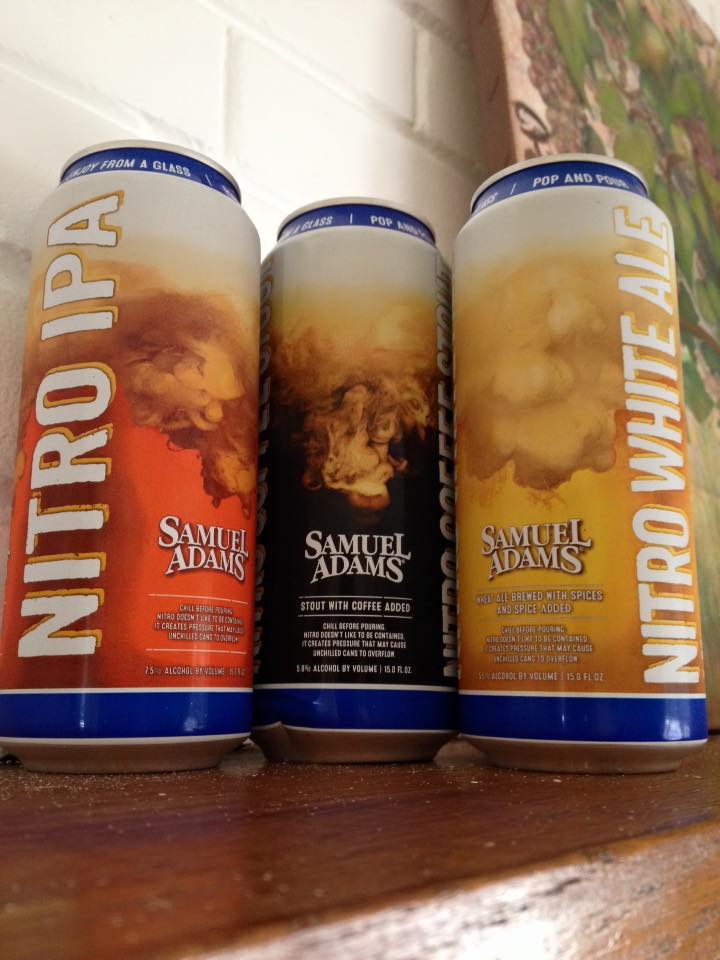 Samuel Adams recently sent us the three beers in their new series called The Nitro Project to review. A Coffee Stout, IPA and White Ale all get the nitro widget treatment packaged in 15oz tall boy cans. The running order seems obvious here, so lets’s start with the Wheat Ale…

Samuel Adams Nitro White Ale is a Witbier that comes in at 5.5% ABV, best by date of June 2016. The nitro widget works perfectly and a beautiful cascading pour follows. A soft creamy white head sits on a cloudy yellow/golden beer. Not much going on in the way of aroma, some very mild spicing and a slight hint of orange on the nose. The flavor is excellent on this Wit, a fantastic blend of strong orange, delicate wheat and sweet spices. The nitro mouth-feel is a bit of a wild card. Although not offensive, I think I would have preferred a some crisp carbonation with this tasty Wheat Ale. 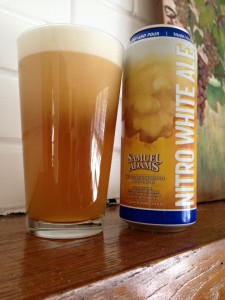 Samuel Adams Nitro IPA is an American IPA, 7.5% ABV, best by date of May 2016. Once again the pour is wonderful. The head on this beer is more egg shell white, while the beer is a pristinely clear gold. The hops power through the dense head bringing some muted pine to the nose. Super resinous pine and bitterness is the majority of what is going on in the taste. A touch of sweeter caramel malt comes onto my palate just at the finish, but this is one hop dominate IPA. The smooth creaminess of the nitro works better for me with this beer, but the aggressive bitterness is a bit more than I want. My least favorite of the lot, but worth a try if you are into those crazy dank west coast style IPA’s. 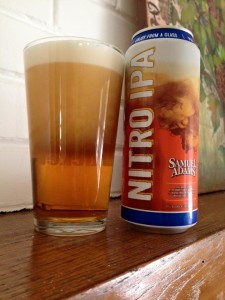 Samuel Adams Nitro Coffee Stout is an American Stout, 5.8% ABV, best by date of June 2016. So this is what we are all used to when it comes to nitro cans and taps. As the cascading stops you are left with an exceptionally dark brown stout with some cherry red shinning through around the edges, a creamy light tan head sits on top waiting to get caught up in my mustache. Potent coffee dominates the aroma and is really wonderful. The taste is silky smooth and rich with coffee, chocolate and roasted malts that lingers with a hint of char on the finish. Hands down the best of the three. 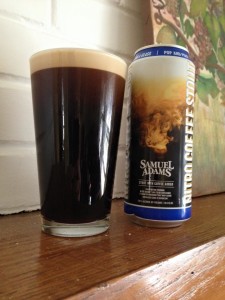