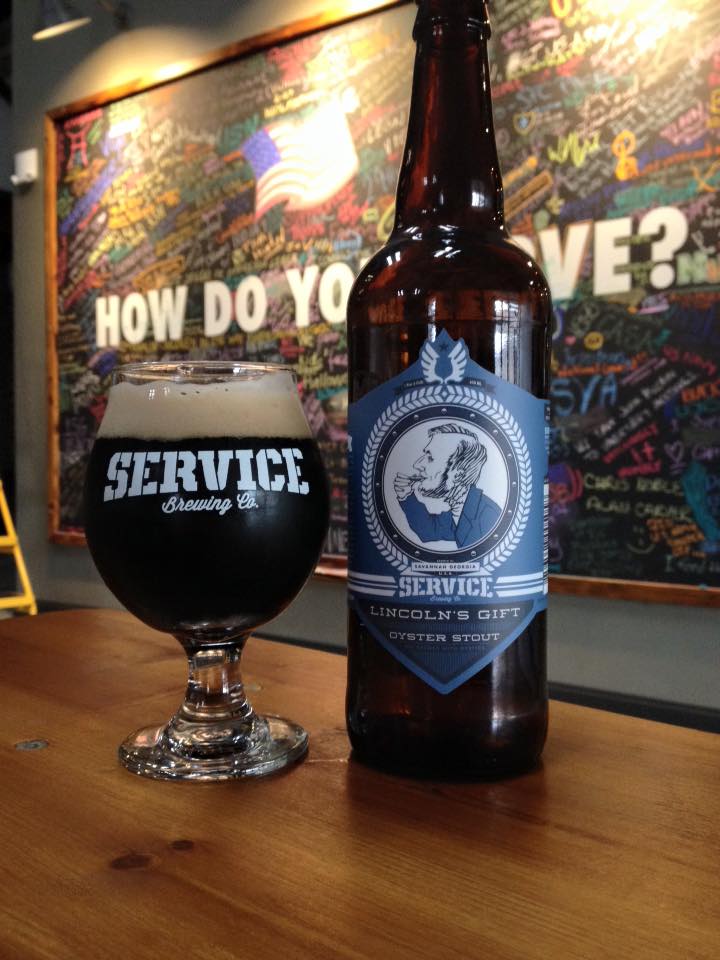 While Keith is BDR’s resident beer reviewer, he is also an employee at Service Brewing Company, so he has chosen to no longer review their beers. We review a lot of Savannah’s better beers, it is an exciting beer destination these days, and to leave Service out of the mix would be a travesty. So, I’ve taken on the task of reviewing their brews from now on.

I’m starting with Lincoln’s Gift (5.5% ABV), Service’s locally sourced Oyster Stout. In case you aren’t up on your Civil War history, Union General William Tecumseh Sherman burned his way through the South, ending his campaign in Savannah on Christmas Day, 1864. Over come by Savannah’s beauty, Sherman spared Savannah and presented the city as a gift to Abraham Lincoln. Lincoln was also known to enjoy oysters, hence the beers style.

Lincoln’s Gift pours opaque cola brown with a thick mocha head that fades slowly. The aroma is pretty straight forward stout, roasted malt and a little bitter chocolate. Those aromas carry through to the taste with coffee notes, a nice addition. The main and most important addition is the oyster. While many oyster stouts are content showcasing a briny sea flavor, Lincoln’s Gift carries a touch of oyster meat into the flavor. This plus the brine gives the beer a richer background than some oyster stouts I’ve tasted.

Lincoln’s Gift is one of my favorite recurring beers from Service. This is the second year Lincoln’s Gift has been available and I think this year’s version is even better than the last. 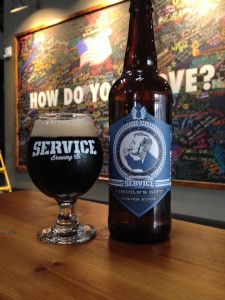