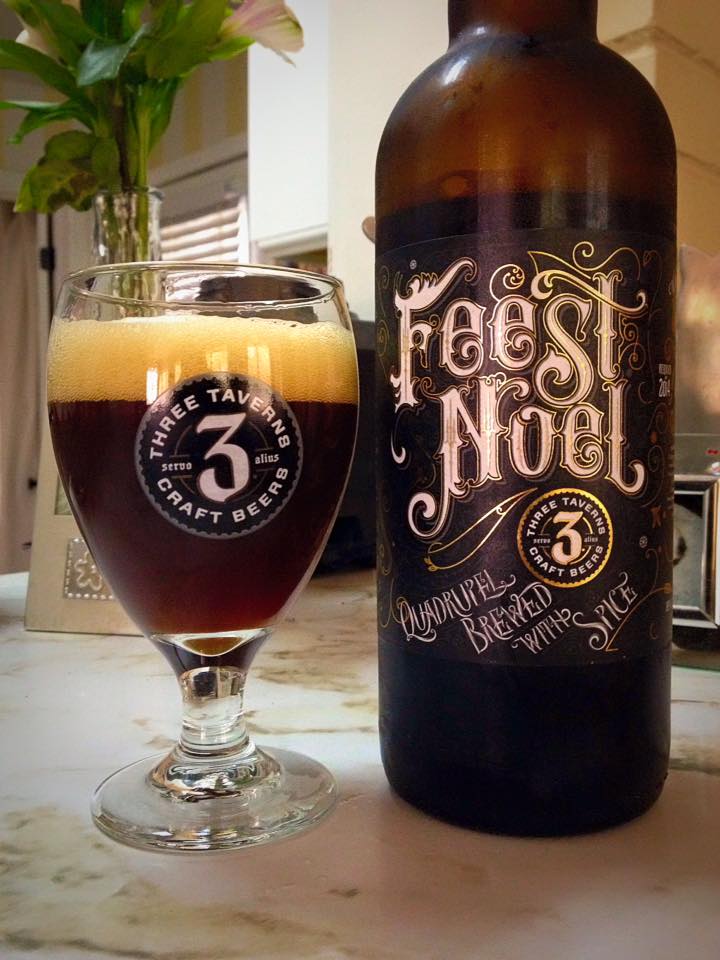 Three Taverns Feest Noel is a Quadrupel brewed with spice, 10% ABV. A closer inspection of the bottle reveals that is also says “Released in 2014”! I assumed when I picked this up a month ago that it was the 2015 vintage. I guess for the that matter I assumed there was a 2015 vintage. Unless they simply used the same labels the next year I will have to figure this is a bottle that sat somewhere for quite a while.

The beer pours with an active head, I had to stop short and give it a chance to settle before continuing to pour more gently. The color is a combo of plum red and brown, the head is an interesting coffee tan color. Well, there is certainly a lot of spice (still?) on the nose. I can’t quite place what I’m smelling but it is very peppery with a bit of cola, clove and licorice. I’m not surprised this has a solid Quad base since I’m such a big fan of Quasimodo. This is loaded with sweet dark fruits and a some intense wintery spices, the clove I got on the nose is extremely dominate.

Not too terribly complex but this is an enjoyable winter warmer for sure! 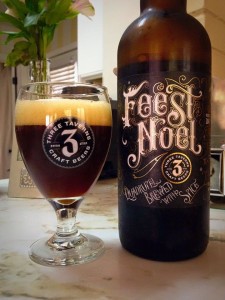