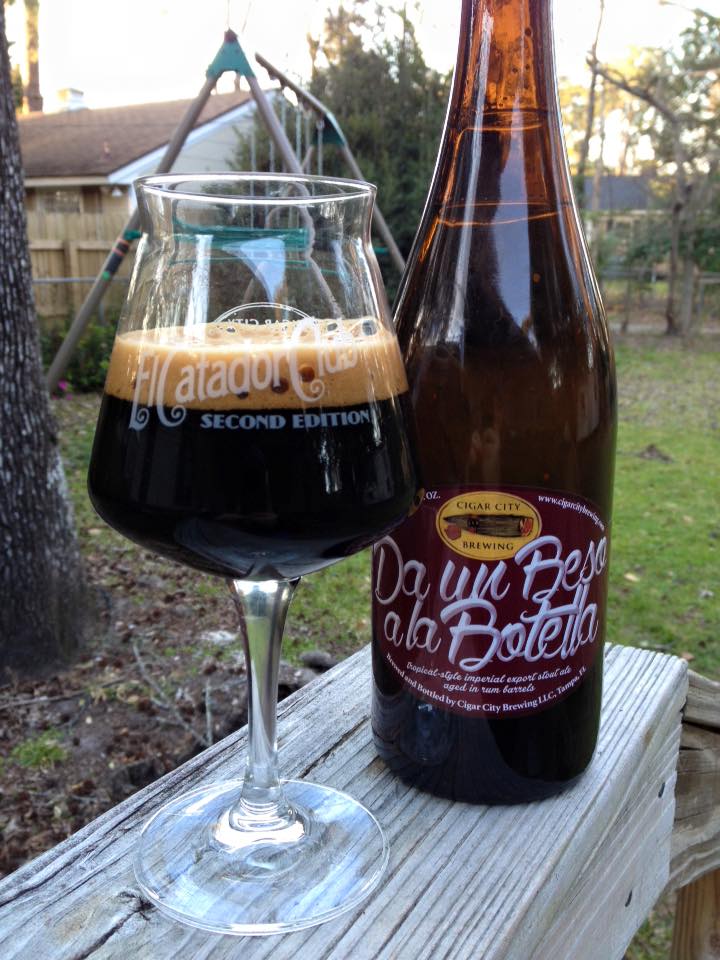 Cigar City Brewing Da Un Besa A La Botella is a Foreign/Export Stout described on the bottle as a Tropical-style Imperial Export Stout Ale Aged in Rum Barrels. Bottled on 09/04/14, opened 02/28/16. (Dang, did I really age this almost a year and a half?)

This pours with a thick, viscous, black pour with a nice dark brown head that rises to about an inch tall. The aroma is big and boozy with a nice bit of dark fruits, hints of brown sugar, roasted malts, and a minor amount of the rum barrel as well. Sweet rum on the palate to start, followed by some burnt coffee, dark roasted malt, cherries, dark chocolate covered raisins, warming alcohol, and a dry and mildly woody finish that is mixing with some dry baker’s chocolate. There is no ABV listed on this label, but I can already feel the effects of what has to be no less than 10%.

It is beers like this that keep me coming back to the El Catador Club. Complex, massive brews that only become more so with the addition of the barrel aging. 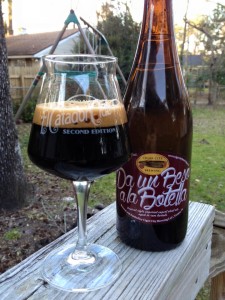