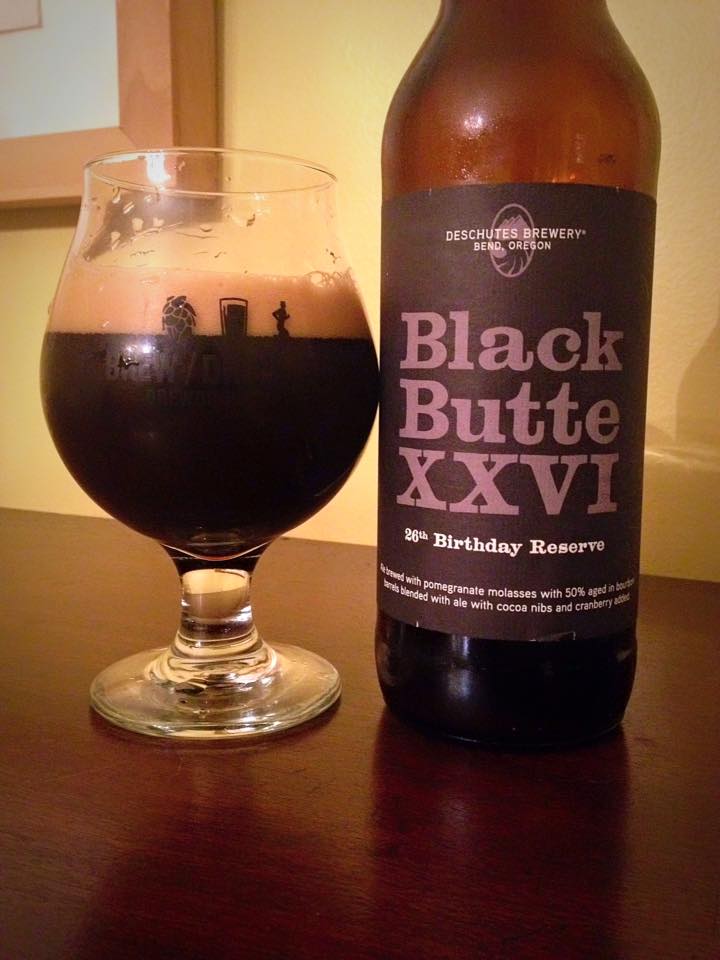 Deschutes Black Butte XXVI is an American Porter, the 26th Birthday Reserve edition is 50% aged in bourbon barrels and is dry spiced with cocoa nibs, pomegranate molasses, and cranberries, 10.8% ABV. Best after 06/16/15.

This pours with a dark brown color with a nice cola head that fades pretty quick. On the nose is a rich fudgy chocolate, with some fruity tart cranberries and I’ll assume some pomegranate as well (not a fruit I’m too familiar with). Not much bourbon barrel to speak of on the aroma and taste at this point. The flavor really reflects the aroma very well, relatively sweet and again a nice mix of pomegranate, cranberry tartness, and fruit jam. Tart, fruity, and fudgy is really the best way to describe this Imperial Porter.

Even though this was a great beer, it’s maybe not one that I’ll remember for long after drinking. 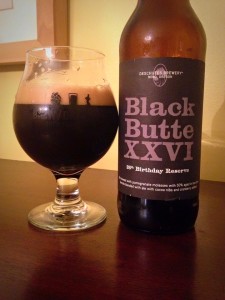