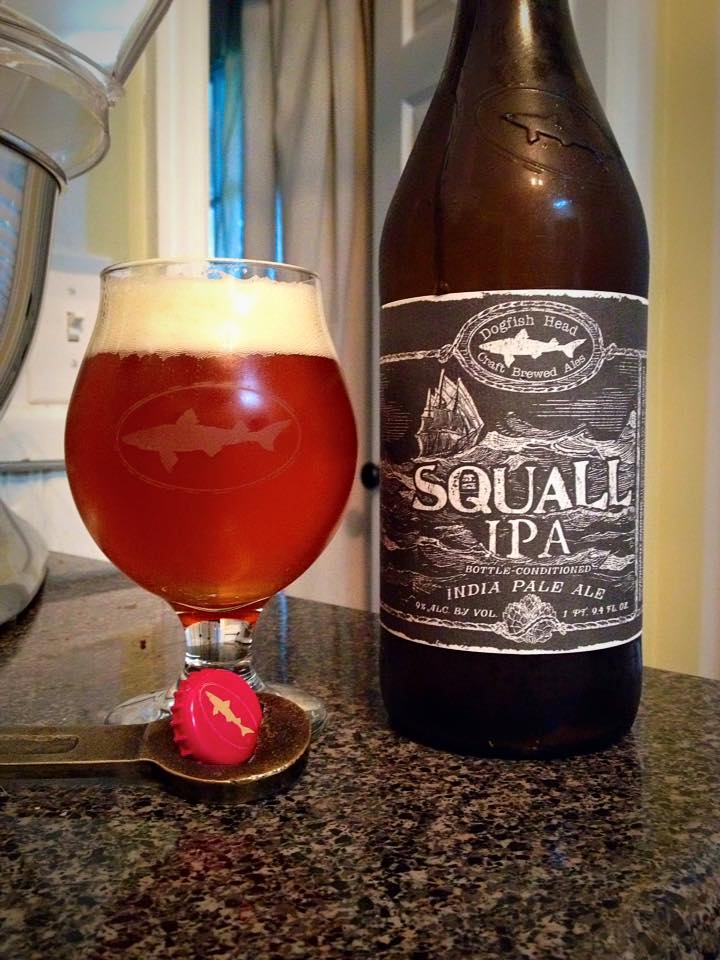 Dogfish Head Squall IPA is a continually hopped, unfiltered, and bottle-conditioned version of 90 Minute IPA that is dry-hopped with Simcoe, Amarillo and Palisade hops, 9.0%. I first had this long before I really knew a damn thing about craft beer. It was also a time before I knew about “one off” beers as well. I was really excited to see that DFH brought this back, now that I know more about beer I am curious to see if this is as good as I thought it was at the beginning of my craft beer journey.

This pours with a wonderful golden color and a big fluffy white head with absolutely perfect retention. I’m not getting much of anything on the nose at all other than what you normally get from 90 Minute IPA. It has that same grounded/earthy/caramel aroma I have come to expect from 90. (Maybe it is due to the fact it is springtime in Savannah where the pollen is out of control, but then again I could smell the beer I had at work before coming home just fine) I am digging the taste though, big carmel malt sweetness upfront is followed by notes of citrus, pine and that expected (but wonderful) DFH earthiness. The alcohol is potent enough to be making an impact on the flavor as well.

I have to say I am a bit surprised to find that the dry hopping has made such a bigger impression on the taste of this beer rather than the aroma for me. I am pleased to report that this beer is just as good as I remember it from years ago. 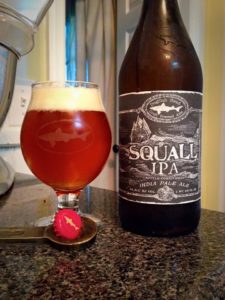