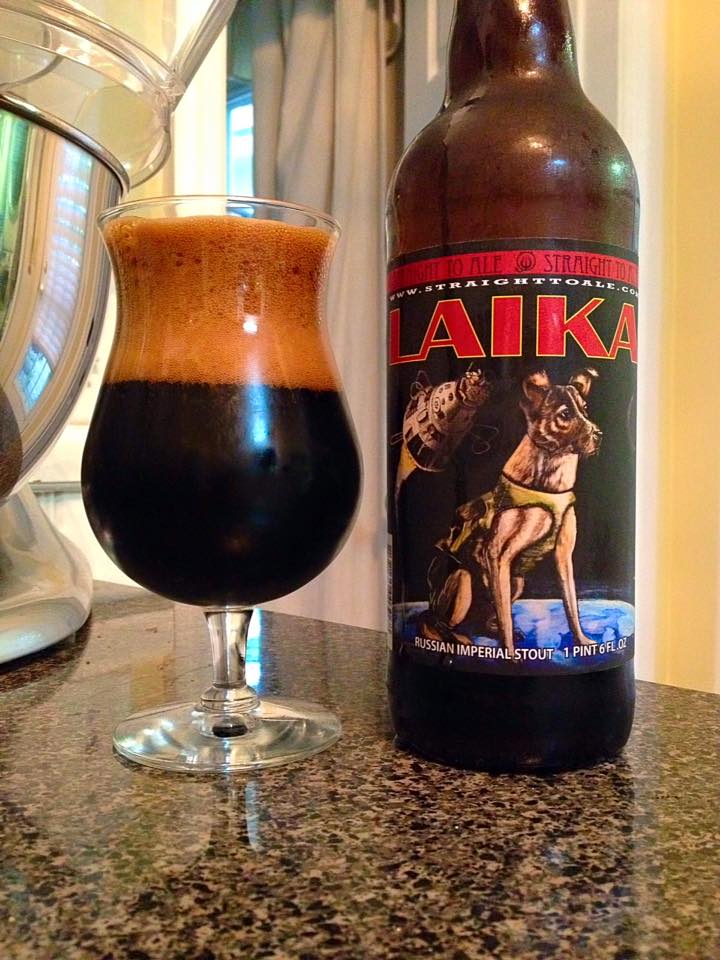 Straight To Ale Laika is a Russian Imperial Stout. No ABV, best by, or bottle date on the bottle.

Immediately upon pouring I can tell there is something going on with this beer. The head is really active and foamy and never goes down. I eventually grabbed a spoon and scooped it out of the glass before drinking. The aroma is also a bit odd. It has just a touch of an off note that is making it hard to enjoy the roasted malts and dark fruits that I can eventually get on the nose. I am beginning to think this beer might have been infected during packaging, or there might have been some issues during fermentation. I’ve never had this beer before, but the taste, much like the appearance and aroma, seems a bit off to me. I can get the idea of what this RIS is supposed to taste like, and what is there is quite good. Dark fruits, hints of licorice, roasted malts, bitter chocolate and alcohol. Unfortunately what follows is an odd metallic flavor and bitterness that is extremely unpleasant.

Not a drain pour here, but I am rather disappointed. I would normally hold off on reviewing a beer like this and try to pick up a later batch, but we have yet to see this bomber (or most of their other 22oz beers) here in Savannah, might not get a chance to try this one again. 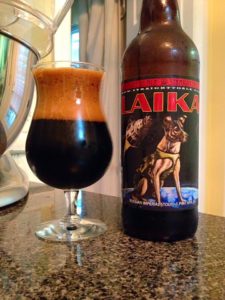