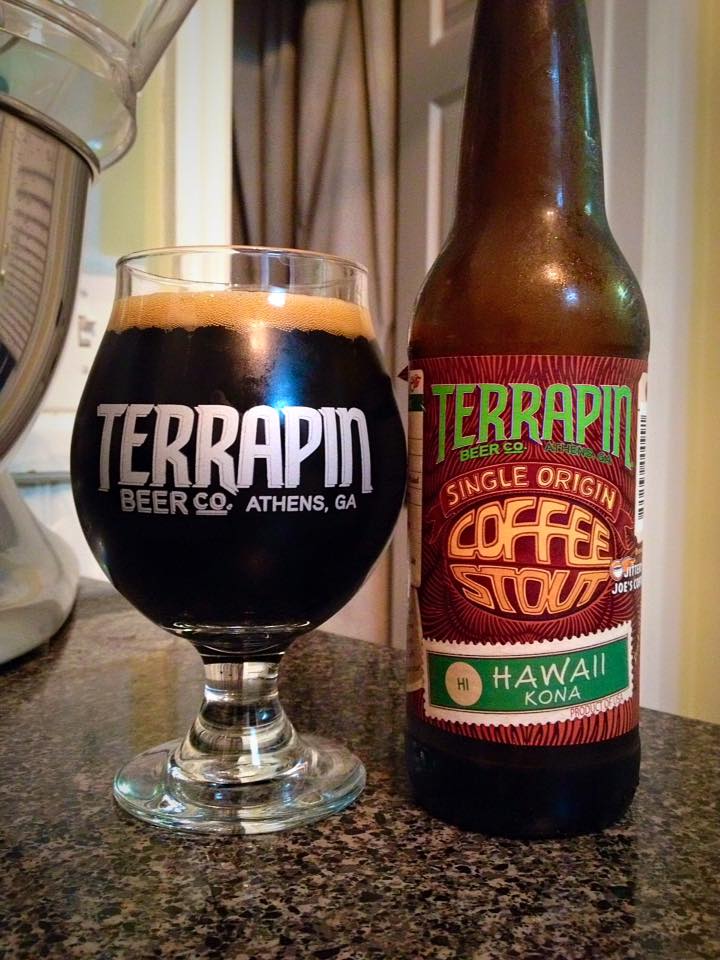 Once again Terrapin has teamed up with Jittery Joe’s coffee, but this time it is a brilliant and ambitious endeavor. The Single Origin Series gives you the chance to experience distinct single origin coffees from around the world each brewed with the same base stout. These stouts were sold in a mixed 4 pack with one of each stout included. Although I certainly need a cup in the morning, I am not what you might call a coffee nerd and know next to nothing about these coffee varieties. So I am taking this on in totally random fashion. The fourth and final bottle I am sampling will be Terrapin Single Origin Coffee Stout Hawaii Kona. This is a coffee I actually have a little bit of experience with, both in my morning cup and in various beers!

To no surprise the appearance is just like the other three beers in the four pack, it’s a dark stout. I like the aroma quite a bit; a nice combination of chocolate, medium roast coffee, and a little bit of caramel. The taste brings in some strong medium roasted coffee flavor, a touch of milk chocolate, and a nice bit of general fruitiness and nuttiness as well.

I am going to say this is my least favorite of the four beers in the series. It’s enjoyable, but it feels a little thin overall and it doesn’t have quite the complexity of the other three. 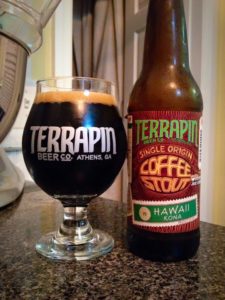