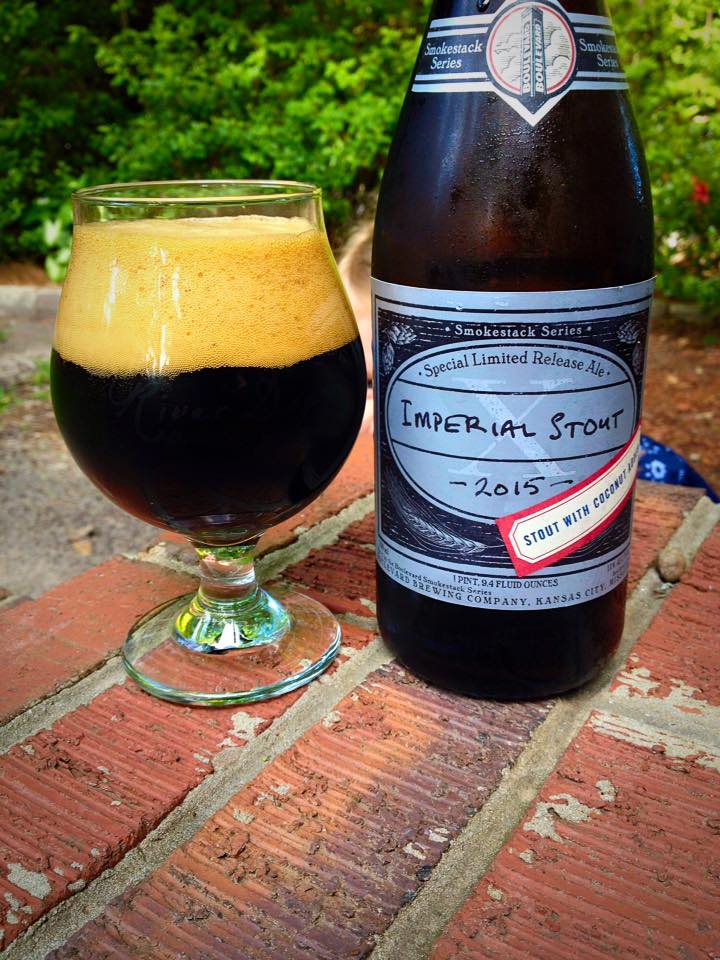 Boulevard Imperial Stout X – Coconut is an American Double/Imperial Stout, 11% ABV, best by date of 10-2017. From the website: our brewers suspended just over two pounds per barrel of raw and toasted coconut flakes in porous bags in one of our stainless steel fermentation vessels. Finished, cooled beer was then transferred onto the flakes and allowed to rest for 48 hours to infuse the aroma and flavor of the coconut into the base beer.

The pour is an extremely dark brown color with some slight cola color around the edges, a huge dark tan head to start with really nice retention. On the nose is a nice balance of toasted coconut and chocolate. Not a super complex aroma, but it is certainly pleasant. The taste is a touch more complex with flavors of chocolate upfront along with some mild roast, rich caramel, sweet malt, and sweet coconut. The coconut is blending with just a touch of hops and yeast on the finish which is giving this beer just a hint of artificial coconut flavor. The mouth-feel is exceptionally thin for my Imperial Stout tastes.

A good beer overall, but I might have has some higher expectations given some other coconut/chocolate stouts I’ve had in the past. I am pleased I was eventually able to track down all four 2015 variants of this beer though, each one was worth the effort! 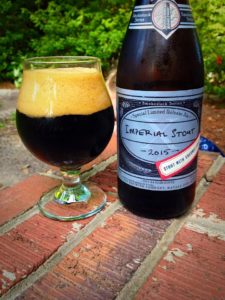