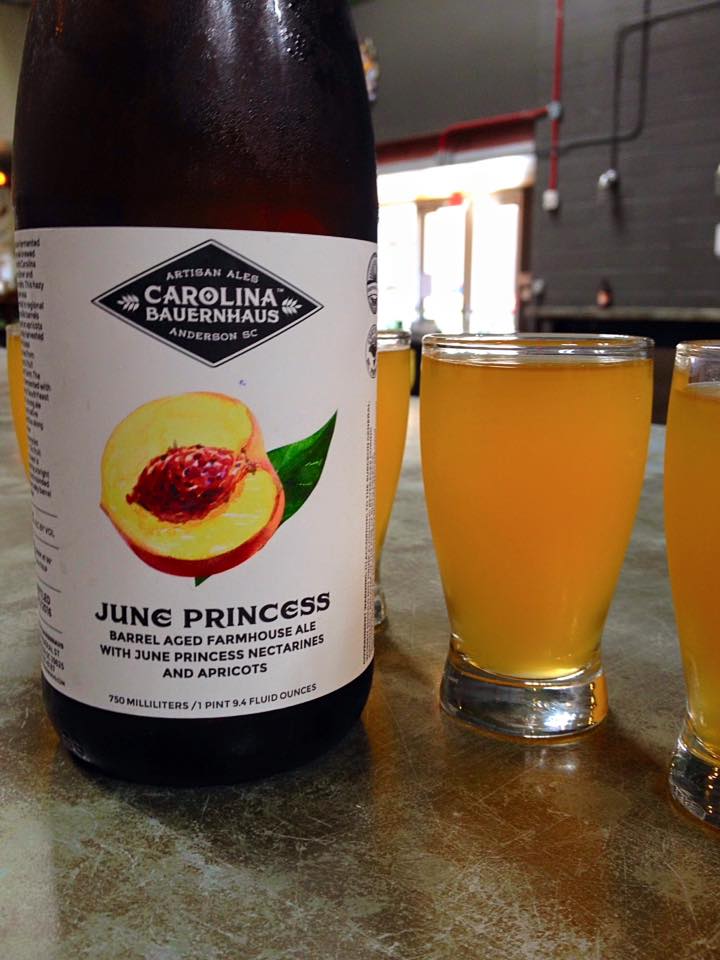 Carolina Bauernhaus June Princess is an American Wild Ale. This is described by the brewery as a Sour Rye Saison aged in a tempranillo barrel with apricots & locally harvested nectarines, 6.1% ABV. Thanks to SouthYeast Lab for dropping this off at Service Brewing. (With a batch of our House Yeast that was being delivered for a recent brew!)

The beer pours with a pleasant golden orange color and did not have much head from the gentle and calculated 4 oz pours each person sampling the beer received. There is no doubt about the sourness of this beer according to the aroma. Not much complexity on the nose, it is pretty much straight sour with some muted fruit notes. The taste starts with a blast of classic lacto sour intensity. This moves to a more sweet/tart flavor and sensation. The finish calms the sourness down a bit and it allows the sweet fruit to shine with some distinct notes of apricot. If there was any rye in this it was lost on me, that goes for the tempranillo barrel as well. One of the more intense sour ales I’ve had in a while.

Six of us split the 750ml bottle, and as delicious as this sour ale was, that was maybe just the right amount. 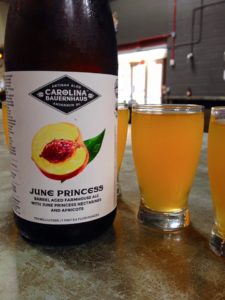