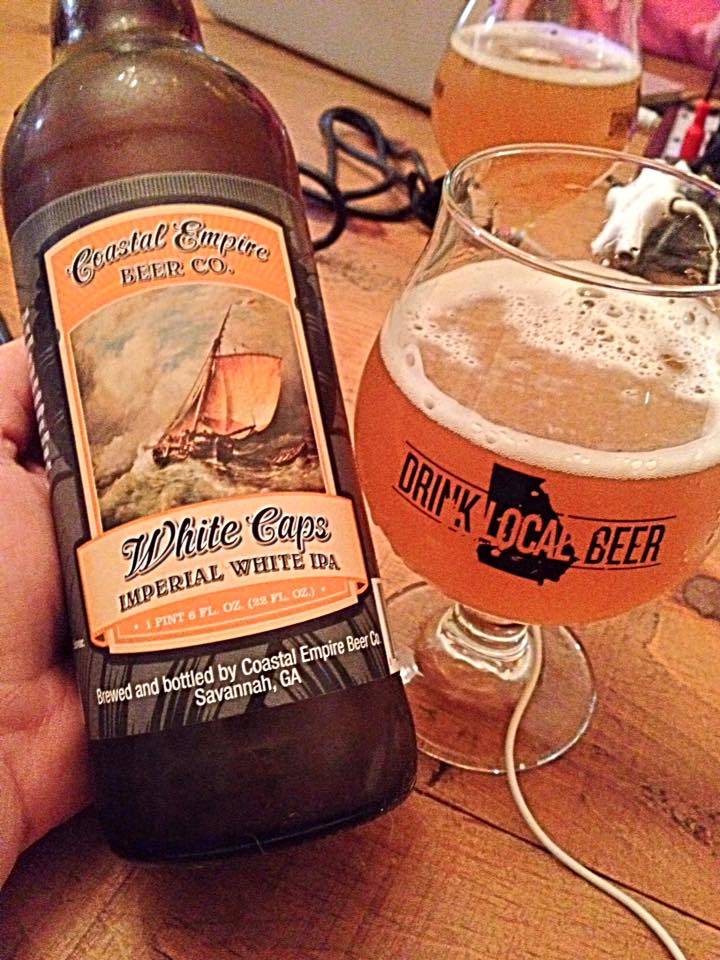 Coastal Empire Beer Co. White Caps Imperial White IPA is an American Double/Imperial IPA. No ABV on the bottle, bottled on 5/16. Not sure if that is a month and year or month and day, but either way this was hand delivered for review not long after bottling!

The beer pours with a cloudy appearance as expected, a nice creamy yellow/gold and a solid off white head. Some small bits of yeast sediment made their way into both glasses poured. The aroma is all IPA, I’m not getting much in the way of the orange peel or the cardamom listed on the label. Big pine with a lot of resin and a hint of onion. The taste is also a bit of a hop bomb, at least to start. The same resinous pine and some solid bitterness make up the beer flavor at first, just a bit of good Belgian yeast is right there on the finish. As the beer warms some more complexity emerges and I start to taste the orange peel and the hops begin to develop some really nice grapefruit notes. Unfortunately as the beer warms a bit of alcohol starts to creep into the taste as well.

This would make a great last round/night cap during the humid dog days of summer. Refreshing, but still big enough to be the right way to end the evening. 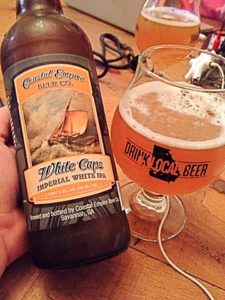