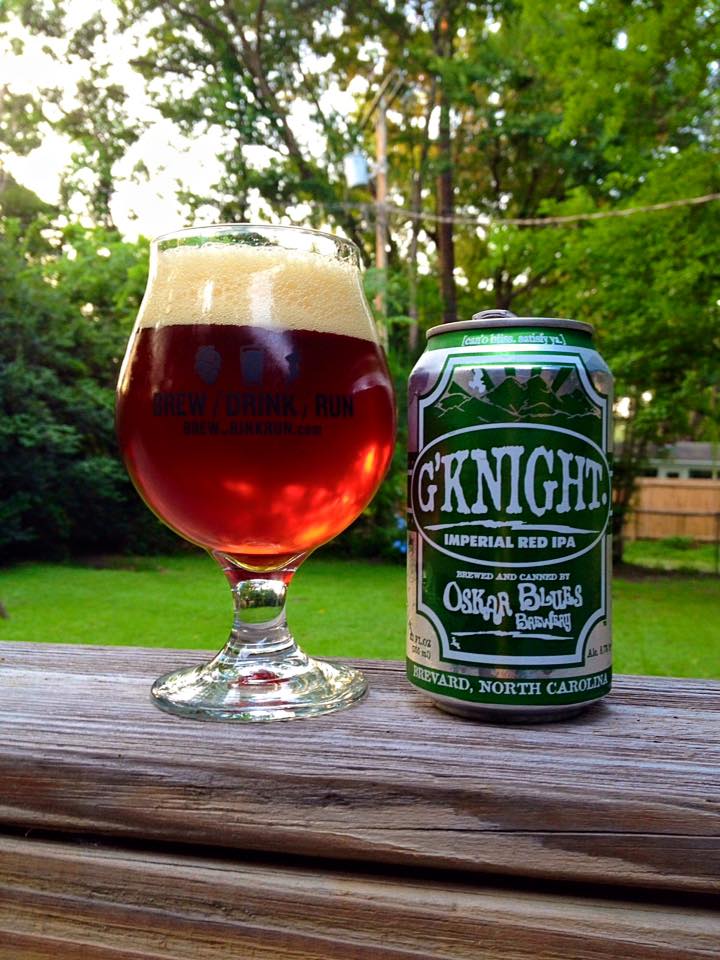 Oskar Blues G’Knight Ale is an American Amber/Red Ale, 8.7% ABV, canned on 04/04/16, opened on 06/13/16. I have been a fan of this Imperial Red IPA for years, so long in fact that I enjoyed it when is was still named Gordon. I have been looking for a fresh can of this beer for well over a year in Savannah, and I finally came across some cans that were less than ancient at the store!

The beer pours from the can with a deep ruby red color and a big off white head. The Red Ale aspect of this beer really comes out in the aroma with some rich caramel malt, hints of pineapple and pine are also present on the nose. “Still Big, Still Red, Still Sticky” is what the can says, and it is certainly that. Big, sweet caramel malts give way to some flavorful hops. I’m tasting hop notes of orange, mango, and pine resin. Just a hint of dry bread comes in at the finish. Balance isn’t the best quality of this sweet beast of a beer, but I personally don’t have that big of a problem with a big sweet Red IPA like this one.

It had been way too long since I last enjoyed one of these. Note to self: pick up some G’Knight a little more often. 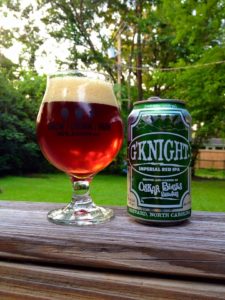