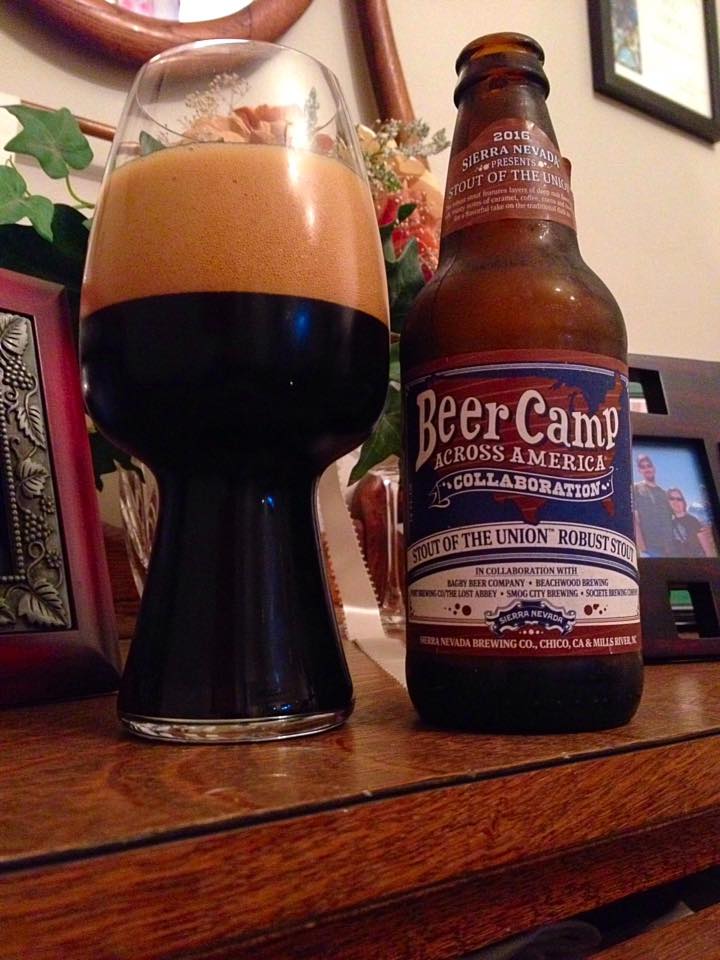 Sierra Nevada Beer Camp Across America 2016 – Stout Of The Union

Sierra Nevada Stout Of The Union is an American Stout, 7.3% ABV. There doesn’t appear to be a whole lot about this beer when it comes to unique or regional ingredients, it is simply a stout brewed on the west coast. Brewed in collaboration with Bagby Beer, Beachwood Brewing, Port/The Lost Abbey, Smog City, and Societe Brewing.

This beer pours with a fine dark color and big tan head. If I’m being honest I have to say I’m not much of a fan of the aroma of this stout. It has a Belgian like quality on the nose with some notes of dark fruits and chocolate. Not sure what it is, but there seems to be a touch of an off aroma as well. The taste is surprisingly bitter and dry, none of the sweetness I expected from the chocolate and fruit I got on the nose. The finish is rather hoppy with a strong earthiness. A thin mouth-feel is a bit of a disappointment, I wanted this beer to be much fuller.

I fully expected this to be my favorite beer of the bunch, but it certainly didn’t work out that way. 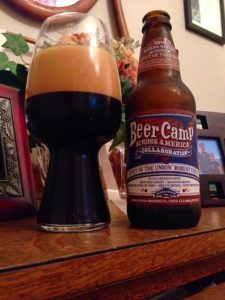