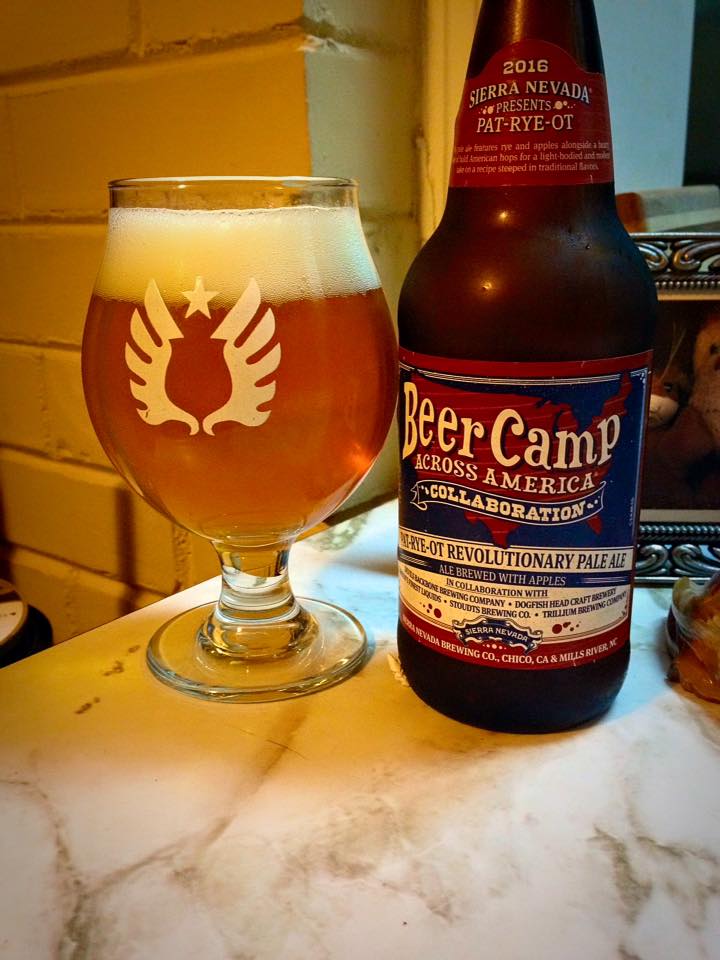 This Pale Ale pours with an insanely clear straw yellow color and a near perfect white head. Holy hops this is one dank APA! Sticky resinous pine and stinky scallion are about all I am getting in the aroma. This is rather solid hoppy rye pale ale on the palate. The dry and mildly spicy rye dominates the taste to start, but there are more subtle notes of lemon zest, pine, grapefruit, and a slightly sweet cracker malt. I’m getting a sweeter fruitiness on the finish; the taste fluctuates between apple and papaya on my palate.

This is the last of the six I cracked open, and it was for a specific reason; the addition of apple seemed so strange to me. Apple is an off flavor you don’t normally want in a beer, and knowing it was used was a bit of a deterrent. I’m pleased to say the apple only added a minor amount to the overall flavor profile, and it in no way seemed like a mistake. 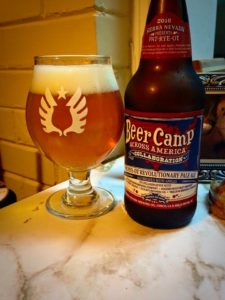