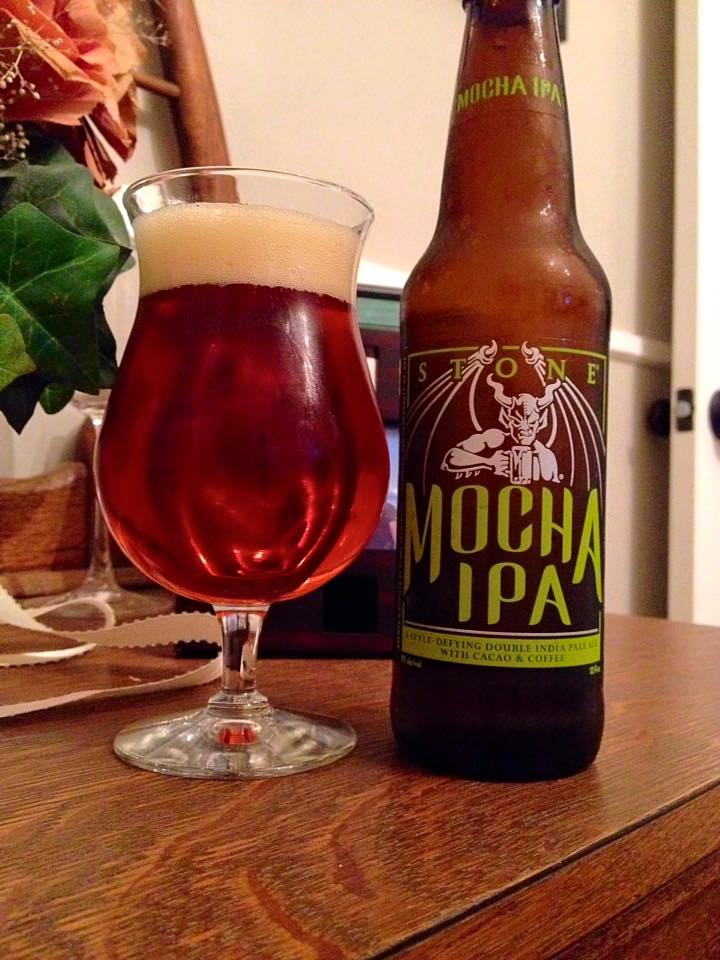 I was thinking this would be a darker chocolate colored beer, but it pours with more of a deep caramel color with some strong red highlights when held to the light. I have had some coffee IPA’s before, but the addition of the chocolate adds some extra complexity to the nose. Chocolate and coffee want to dominate the aroma, but just enough citrus and pine hops break through and reveal the true nature of this beer. Amazingly well balanced on the taste, the yin mocha and yang IPA find a way to be in near perfect harmony. The coffee and milk chocolate flavors never really leave the taste, but there is a moment in the middle of each sip that is absolutely Double IPA with some big caramel malt sweetness and citrus hop bite. Surprisingly the IPA characteristics really come out more and more as this beer warms up. I thought the opposite would happen, but the chocolate never starts overpowering the rest of the beer.

Not surprised that I like this at all; but between the 9% ABV, and the sweeter nature of the mocha element, I don’t think I could tackle but one of these on any given day. 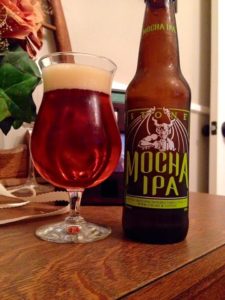