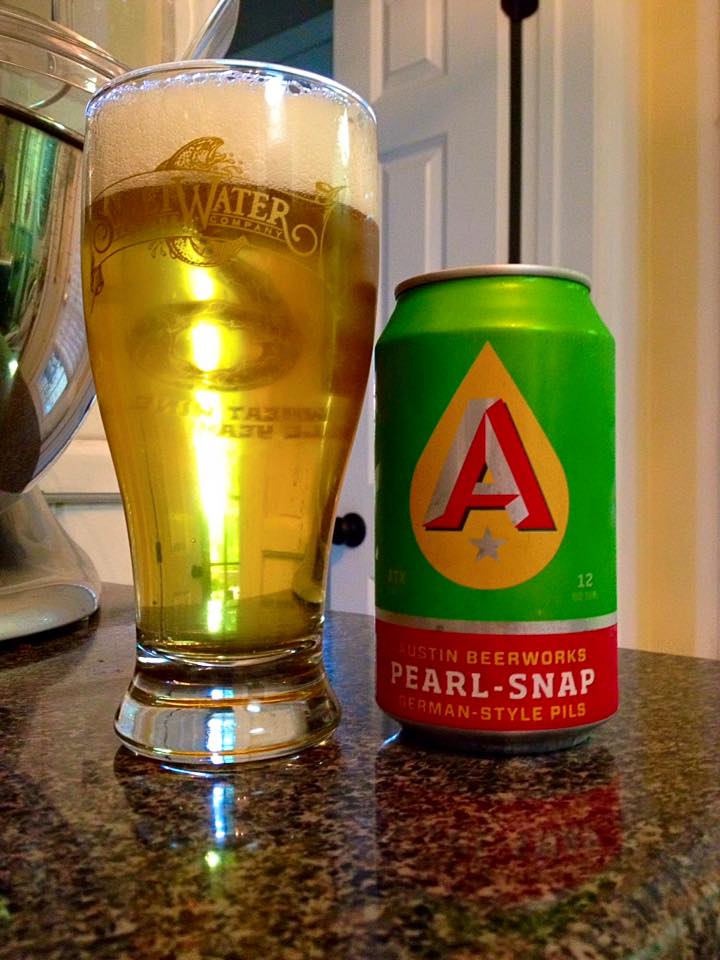 Austin Beerworks Pearl-Snap is a German-style Pilsner, canned on 5/16/16, opened on 6/16/16, no ABV on the can. Craft lagers are seemingly popping up everywhere over the past few months, and I’m not going to complain given the hot weather so far this summer.

This Pils pours with an outstandingly clear golden straw color and a nice two finger fluffy head. This has to be sitting dead center in the SRM guidelines for the style. The aroma is appropriately grainy and grassy with a bit of hop earthiness, and the flavor is a spot on twin of the aroma. This beer tastes grainy and grassy with a strong dry earthy note presumably from the hops. A touch sweeter than I was expecting, but it is not a bad thing. I’m digging the finish which is rather crisp and clean, it is really leaving me wanting more and more.

Solid beer all around, can’t see a single reason why someone shouldn’t/wouldn’t drink a few of these down. 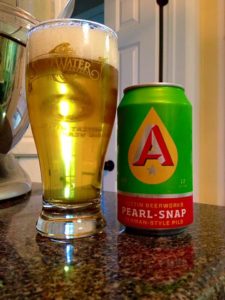