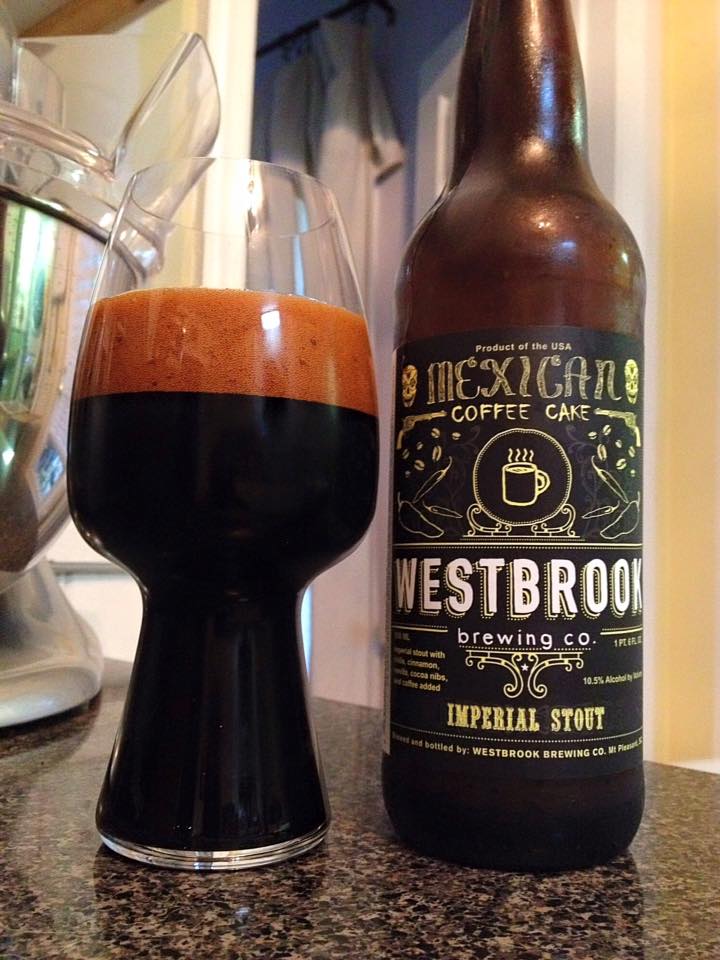 Westbrook Mexican Coffee Cake is an American Double/Imperial Stout. This variant of Mexican Cake this is still aged on cocoa nibs, vanilla beans, cinnamon sticks, and fresh habanero peppers, but as the name suggests this adds coffee into the mix. A group of close friends and I unwittingly showed up at the Westbrook taproom on the day of this bottle release… I picked up the two bottle limit! 10.5% ABV, bottled on 5/27/16, opened on 7/15/16.

This pours with a thick black color and an big dark chocolate head. Not much different than regular Mexican Cake on the nose, a good bit of chili pepper, chocolate and cinnamon. The coffee seems a bit mild to me but it is there, and it compliments the beer quite well. The same holds mostly true for the taste of this as it does for the aroma. Just like regular Mexican Cake this is a delicious mix of big chocolate, some sweet vanilla, and cinnamon spice. This (as well as the regular 2016 vintage) has a bit milder habanero kick than I’ve had in previous vintages of Mexican Cake. The coffee is once again surprisingly mild, but it increases as the beer warms up to room temp. The mouth-feel is velvety smooth, so spot on for the style.

Even with the “flaws” of mild coffee and pepper spice, this is still an incredibly delicious beer! I think the way I came into the bottles adds a bit to my overall drinking experience as well. 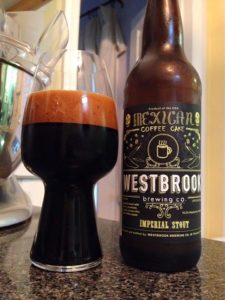