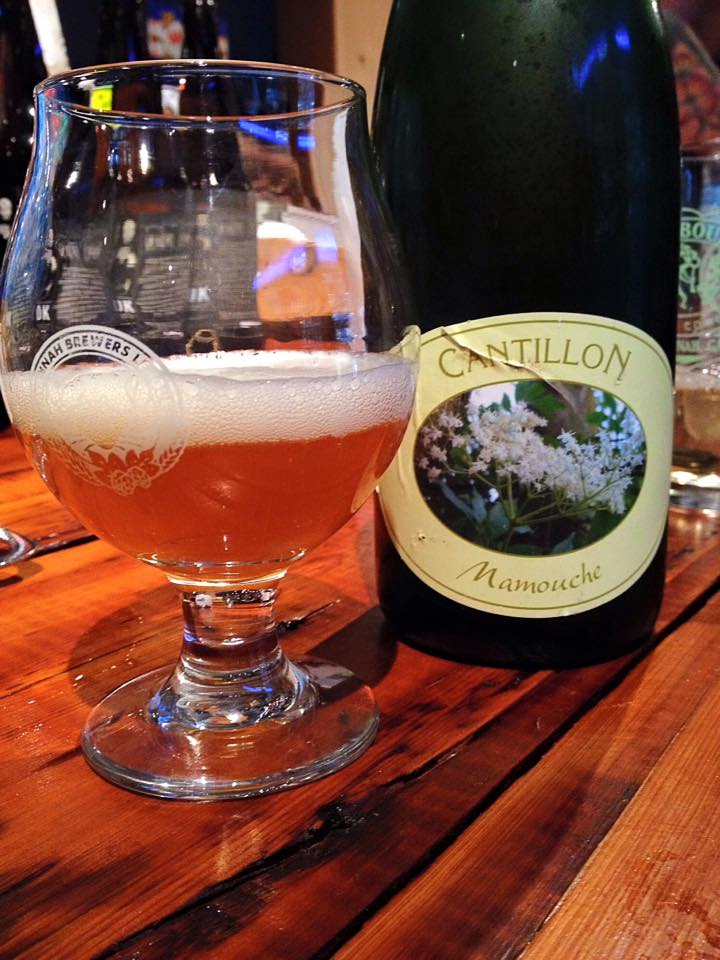 Cantillon Mamouche is a Belgian Lambic. The original release of this beer was Cantillon Zwanze 2009, in 2010 Cantillon re-released this beer as Mamouche and it is now brewed on a regular basis. This beer is brewed with Elder Flowers and comes in at 5% ABV. This review is for the first re-released batch, bottled on 06/15/10, opened on 08/13/16. Enormous thanks to Vince for bringing this to our BDR bottle share. I do not normally review a beer that I have in this situation since it is almost impossible to form a strong opinion on 2 ounces of beer. Let’s face it though, the odds of me ever having this again are slim to none!

This beer pours with a slightly hazy golden color, still plenty of carbonation left in this bottle. I’m getting strong amount of spicy pepper on the nose that is mixing with a good bit of sourness and a touch of perfect Belgian funk. The taste takes a turn with a little bit of a green vegetal flavor and what I can only describe as pickle brine. The beer is a glass of glorious, glorious pickle brine. Sadly there is just not enough beer in my glass to really get into how the beer develops over time. I’m not entirely sure why a beer that tastes like pickles was so appealing to me, but as Lee put it at the bottle share, “This is heavenly.” Obviously I’ve never had this fresh, so I’m not sure I would expect this kind of drinking experience if you have a fresh one to enjoy.

Thanks again to Vince, this was a truly unexpected birthday surprise! 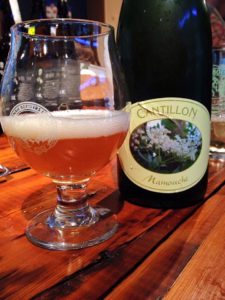