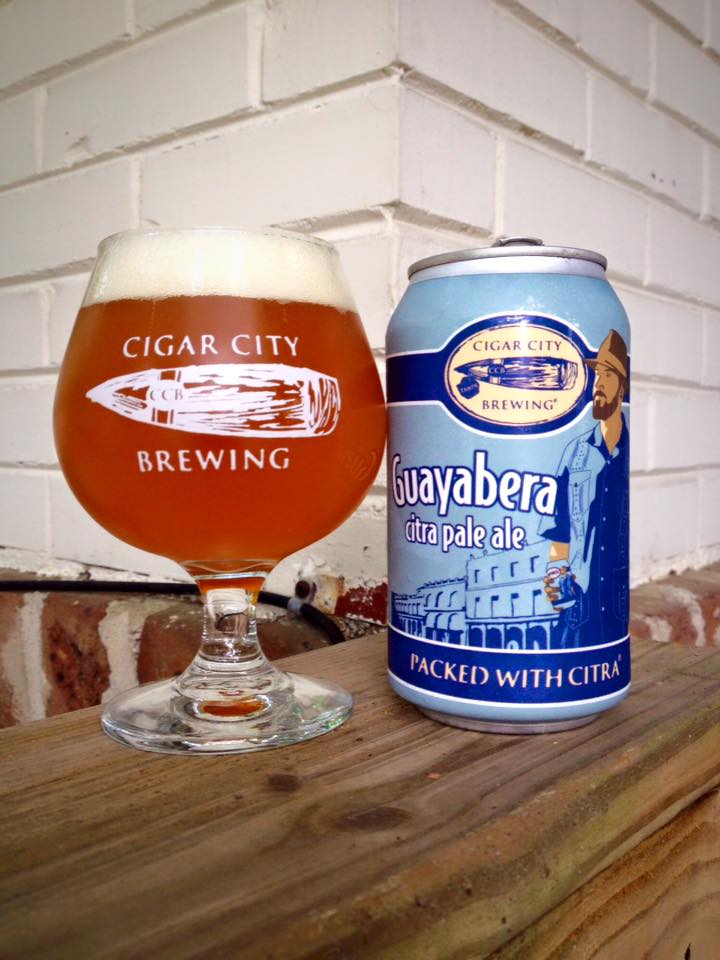 Cigar City Brewing Guayabera Citra Pale Ale is an American Pale Ale, 5.5% ABV, canned on 6/29/16 opened on 7/26/16. This can also does let us know this is “packed with Citra”. I picked up a fresh six pack of this from the CCB taproom on a recent visit to Florida.

The beer pours with a cloudy orange color, just the slightest bit of golden light passing through the bottom portion of the glass. The head was a good half inch of off white foam that faded to a ring after several minutes. I’m getting some obvious sweet and juicy citrus on the nose from the Citra hops, but there is just a hint of a subtle dry earthiness in there as well. A second sniff reveals a little mango as well. I was expecting a sweet fruit bomb on the taste, but this is amazingly earthy… downright dirty tasting on the first try. OK, there it is. It takes a few sips, but there is a whole lot of big citrus in the taste as well. Notes of orange, lemon, and grapefruit come out on the palate along with a slightly sweet malt base.

I’d say this is totally six pack worthy, but I personally prefer their Invasion Pale Ale which is available year round. 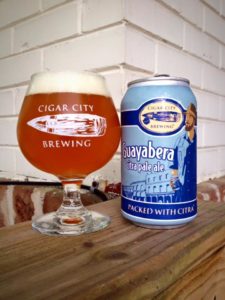