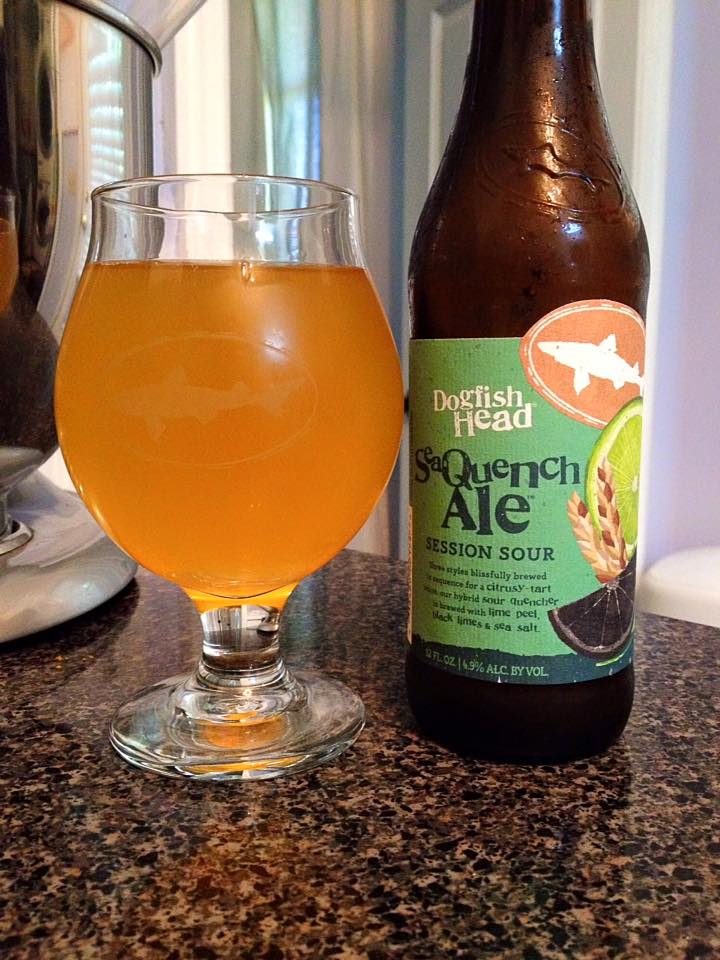 Dogfish Head SeaQuench Ale is a Gose-style Ale brewed with sea salt, lime peel and black limes, 4.9% ABV. Bottled on 07/23/16, opened on 08/14/16. Bottle provided for review. This Session Sour merges three German-style beers: Kölsch, Berliner Wiesse, and Gose. As if all that isn’t enough, this is also a collaboration with the National Aquarium. All in all there is a few meanings in the clever name of this beer.

This beer pours with a cloudy lemon yellow color and a quickly fading head with basically no retention. (The info sheet sent with the beer does reference the lack of head retention, the culprit apparently being the lime and sea salt) More Gose than Kölsch or Berliner on the nose, but that isn’t too surprising with all the salt and lime used in the beer. Salty and tart with some strong lime and somewhat buried grain in the aroma. The taste starts with a strong hit of lime and some tongue stinging tartness. Not an overly salty beer, and before long the intensity fades and this starts drinking more like a traditional German Gose. A bit of the Kolsch character is found near the finish as the beer transforms slightly to more “normal German” in nature. The lime lingers nicely in the aftertaste, a needed bookend to the beginning of the taste.

Highly enjoyable all around. Not too intense to not be approachable, but it would probably a bit too much for the novice craft beer drinker. 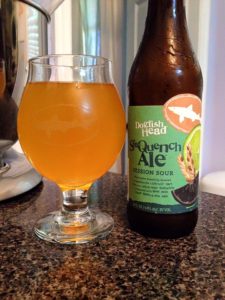