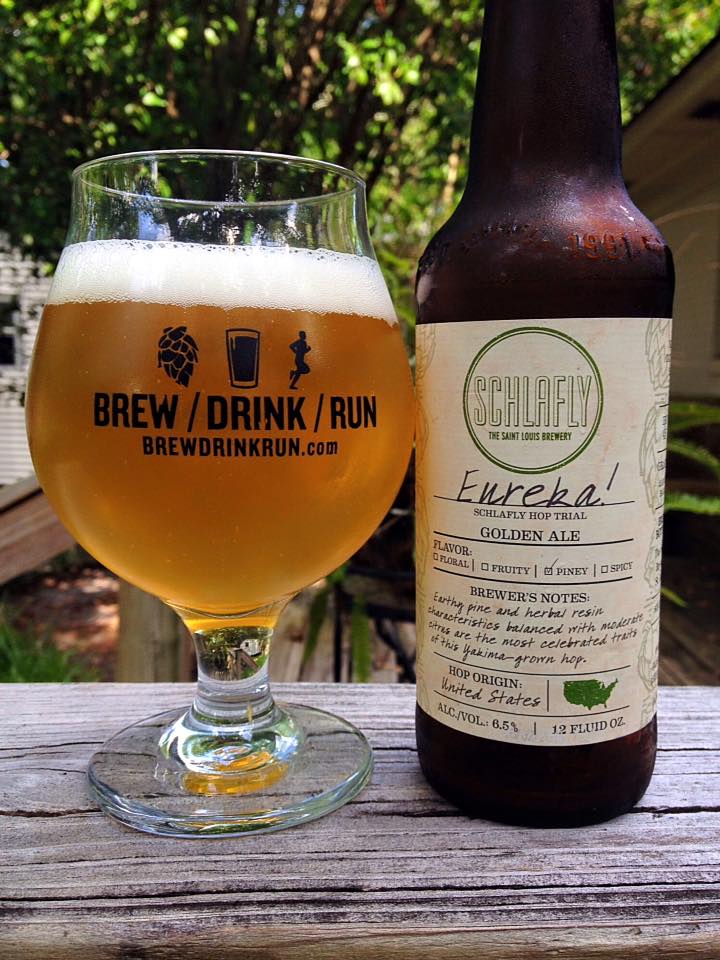 Schlafly Hop Trial: Eureka is a Golden Ale, 6.5% ABV, bottled on 06/02/16, opened on 07/29/16. It looks like Schlafly does a series of single hop beers to showcase various hop varieties. This one features the hop Eureka from right here in the U.S. of A. Thanks to Schlafly for sending a few for us to review.

The final beer of the four sent to us is not much different in appearance than the others, a slightly hazy golden color with a good white head. This is probably the most aromatic of the four Hop Trials we reviewed. I’m getting a strong amount of herbal notes, and some IPA like pine on the nose. The taste is not much different. The taste consists of some cracker malt, light herbal notes, mild pine, and a good bit of orange and grapefruit as well. The finish brings in a bit of a malty sourdough like tartness to the beer.

I have to say I enjoyed all of these single hop beers, but I am a sucker for single hop experiments. I love tasting exactly what each element brings to a beer, especially the hops! 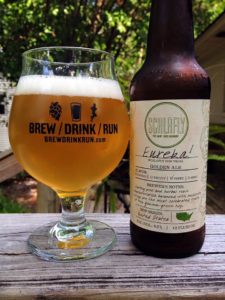