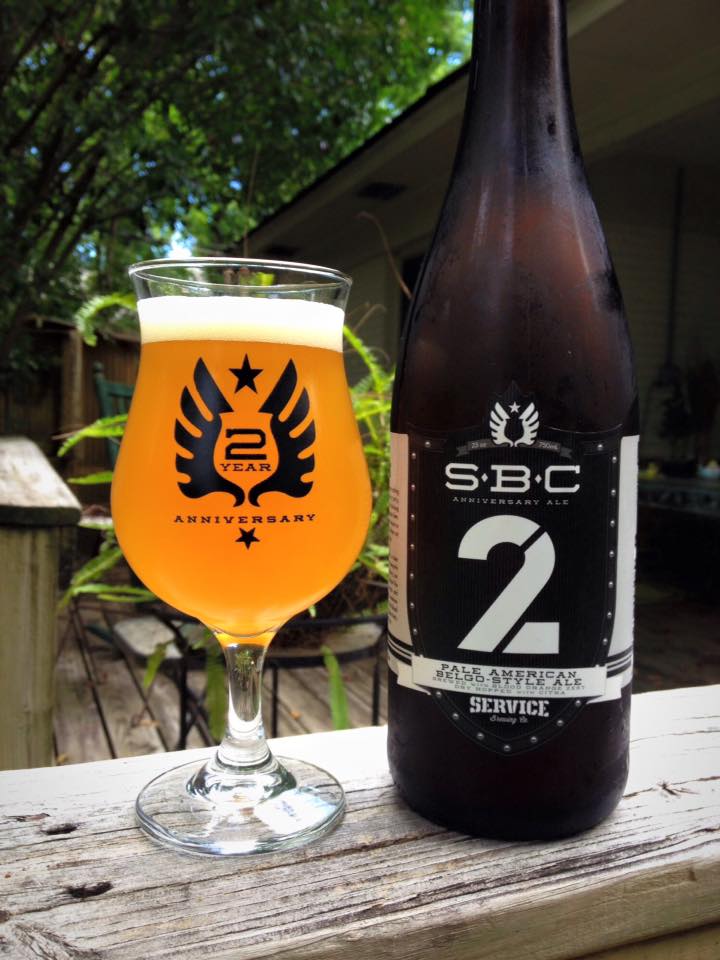 Savannah’s Service Brewing Co. was making anniversary beers before it officially opened its doors. S.B.C. 0, an American Pale Ale was served at the brewery’s launch party and one year later it was followed up by the bottle release of S.B.C. 1, an American Strong Ale with blueberries.

For S.B.C. 2, the brewery looked to Belgium for inspiration. Typically breweries achieve the Belgian Pale Ale style by using a Belgian yeast strain. Instead, Service used a house yeast cultured from its own apiary for this beer, hence the “American-Belgo-style” moniker on the label. Despite the provenance, S.B.C. 2’s flavor profile and aroma strongly echoes of a traditional robust, creamy Belgian yeast.

S.B.C. 2’s thin cracker-like malt profile allows that yeast to star but is heavily complemented by blood orange zest and citra hops. It’s a rare beer that is full bodied, interesting and also a thirst quencher. I’ve had the chance to sample it several times since the anniversary party and every time has been a treat. The beer opens up immediately with bright scents of grass, citrus and hay. That’s followed up by a brisk carbonation that promotes a bigger than expected mouthfeel. As the beer lingers, the mulling of yeast, citrus zest and mild biscuit prove delicious and sustaining, drowning into a dry spice finish.

Cheers to another year from Service Brewing Co. and another solid anniversary beer with which to celebrate. 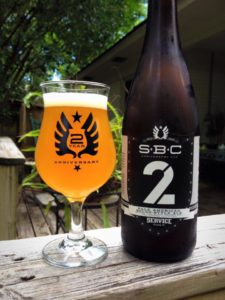