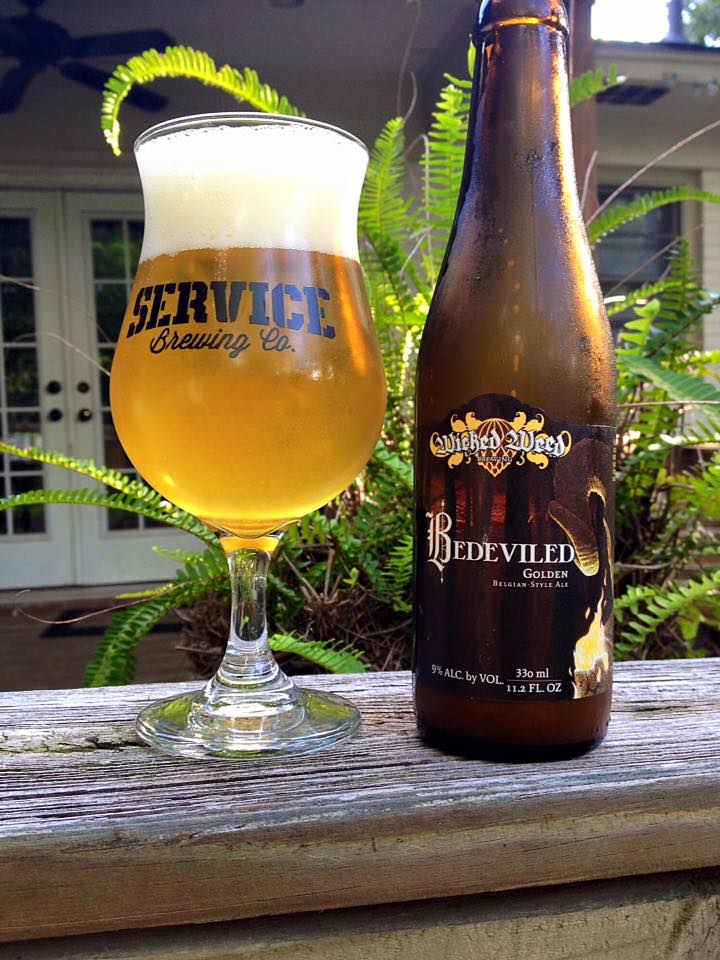 Wicked Weed Bedeviled is a Belgian Golden Ale, 9% ABV, bottled on 04/08/16, opened on 08/10/16. I found this lonely single sitting in the mixed six area at Hop City in Atlanta several months back, figured it needed a good home! I probably should have opened this a bit sooner, but at 9% I suspect it held up fairly well over the past four months.

I thought this beer was a bit hazy, but it turns out there are fine bits of yeast particulate bobbing and floating about in the beer. The color is a pretty with lemon yellow that has some golden highlights. I’m enjoying a pleasant Belgian-style aroma with some sweet grain, a good bit of banana, and some alcohol. A sweetness similar to the nose comes in to start the taste, the same grain and banana are right upfront. A strong yeast character helps to cut back on all of the sugar I’ve gotten on the nose and in the taste so far. A sudden dry and funky turn leads to the middle of the taste, a touch of mild tartness adds to the complexity. Some milder notes of pear and clove come in and out of the flavor profile, while a lovely bit of cracked peppercorn appears just at the finish.

Another tasting offering from Wicked Weed with a whole lot of subtle complexity. Definitely a beer I would pick up in the future. 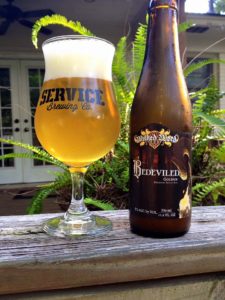