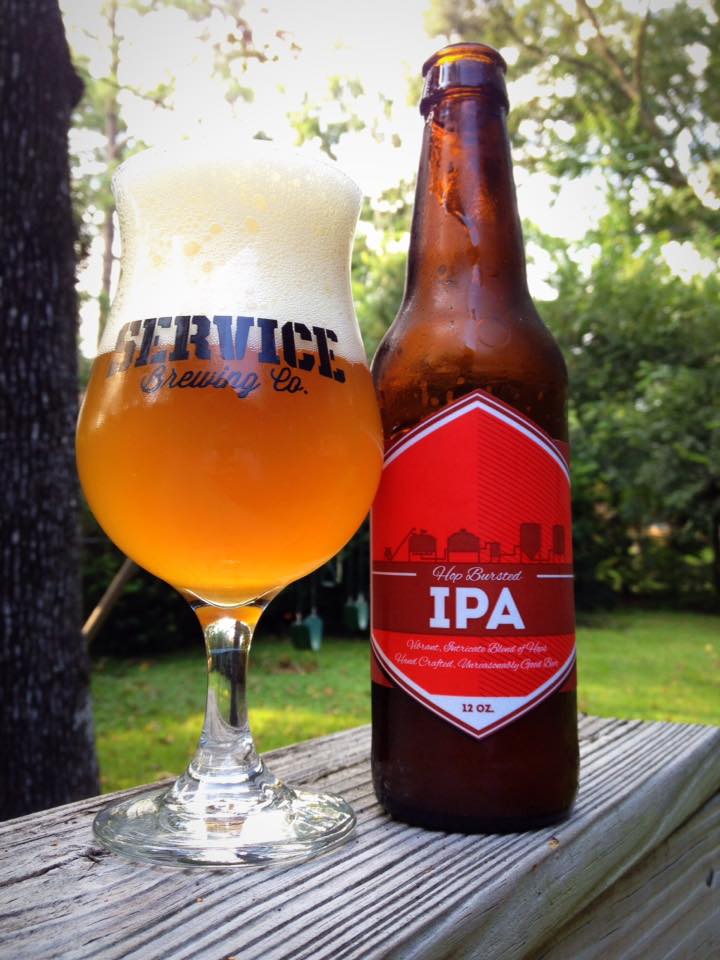 Blue Pants Brewery Hop Bursted IPA has no ABV listed on the bottle. Bottled on 06/19/16, opened on 09/08/16. The Blue Pants Brewery website claims this beer uses a mix of over 17 different hop varieties in this beer. That’s a lotta hops! I tend to like a fresher IPA for reviewing, but since I found myself in Madison, AL recently I was eager to pick up a local beer or two to bring home.

The beer is a rather hazy golden orange color with an off white head that was massive on the first pour, it took up about half of the glass. It seems trying to pick out a distinct hop in the aroma is probably futile, but I am getting a good bit of citrus and pine. It is safe to say that at three months there is still plenty of hoppy goodness to be enjoyed in this beer. Hop notes of pine and grapefruit are dominating my palate, maybe just a hint of some tea like flavor. The malt is dry with a hint of biscuit, not too sweet or loaded with caramel. I am curious as to what kind of yeast they use to ferment this because I am getting some distinct Belgian and/or Brett type notes on this beer. There is certainly some barnyard funkiness, and some aggressive carbonation as well.

This is drinking more like a Belgian-style IPA than your typical American IPA to me. Not a bad thing, this is mighty tasty. 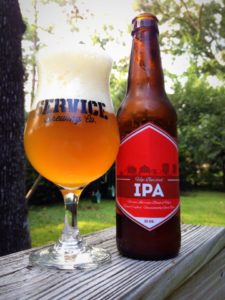