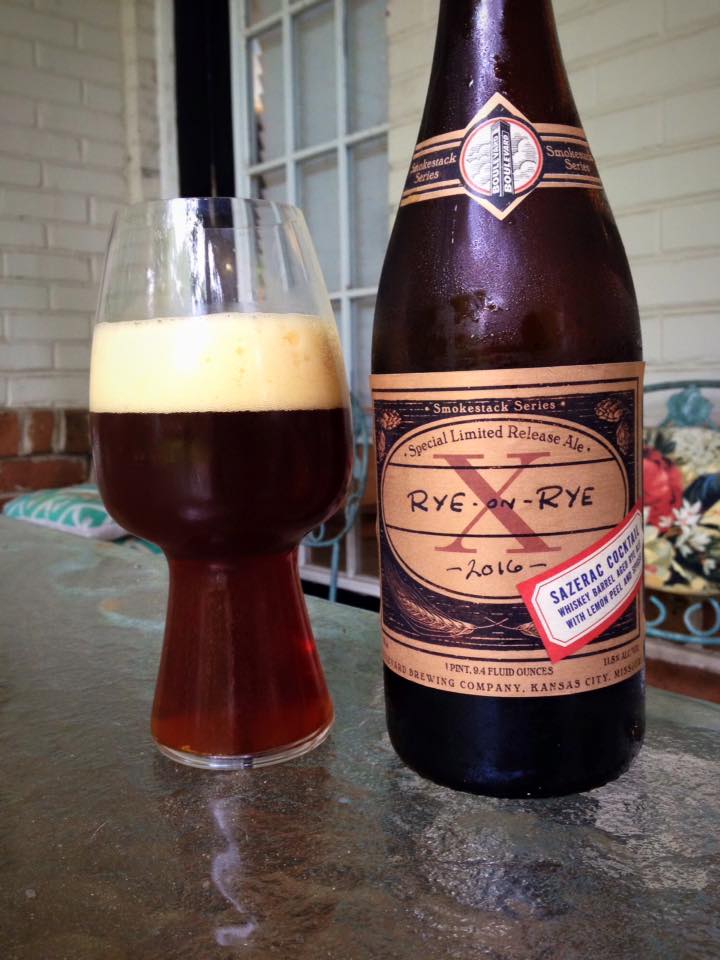 Boulevard Rye-on-Rye X – Sazerac Cocktail is a Templeton Rye Whiskey Barrel Aged Rye Beer with lemon peel, cinnamon, cardamom and star anise, 11.8% ABV. Bottled on 06/15/16, opened on 08/29/16, best by date of 06/15/18. I am a big fan of Rye On Rye and look forward to drinking a bottle or two of it every year. It not a secret that this “X” version is a take a Sazerac Cocktail. I’ve never had a Sazerac before, so I won’t be able to tell you how close of a replica this beer is to the mixed drink.

The beer pours with a red/brown caramel color and a creamy light tan head. I’m getting a fantastic collection of spices and rye on the nose, with the cinnamon and some sweet brown sugar standing out. This blends with a dark fruit and caramel malt base that holds just a bit of the whiskey barrel. A hint of orange and lemon zest comes out on the nose as the beer warms up. This beer has a rich and complex array of flavor: oak, lemon, mild licorice, moderate whiskey, some vanilla, cinnamon and “spices”, a bit of dark fruitiness and toffee sweetness, and a strong bit of alcohol flavor. The booziness is nice in this one, you don’t really want a beer that is trying to replicate a mixed drink to be mild. The mouth-feel is perfect for me, not too thick or syrupy with a nice tingle of carbonation on the finish.

I am enjoying this beer… a lot. I’m thinking I need to do a couple of things; the first is to get another bottle of this, second is to order a Sazerac sometime soon! 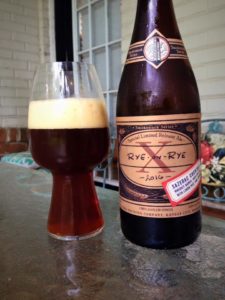