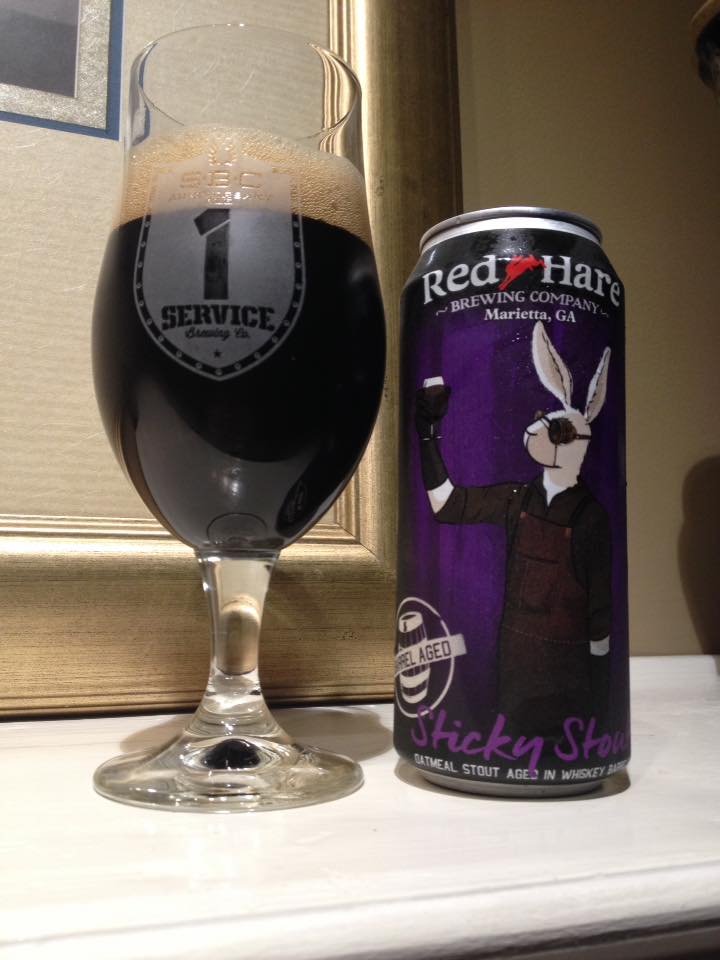 Red Hare Barrel Aged Sticky Stout is an Oatmeal Stout aged in whiskey barrels, 5.5% ABV, best by date of 12/24/16. According to the can this appears to be the second release in The Rare Hare Series.

The beer pours with a black color that has some caramel cola around the edges. A big khaki tan head on top which fades to a nice little layer after a minute or two. I am getting a good bit of the whiskey barrel on the nose along with some notes of vanilla and a little chocolate malt. Not a complex Barrel Aged Stout aroma, but it is pleasant. The first thing I notice on the taste is a thin mouth-feel, I expect a bit more heft from an Oatmeal Stout. Nice flavor, but again not much complexity. A nice blend of mild dark fruit, subtle blueberries, and whiskey barrel lead off the taste. There is some generic dark malt flavor, but nothing to rich or chocolaty. I remember a little mild roasted malt in the regular version of this, but it is noticeably absent in this barrel aged variant.

Look, there is nothing wrong with this beer, in fact, it is rather tasty. However, I’m not so sure Sticky Stout quite has the bones to make an amazing barrel aged stout. 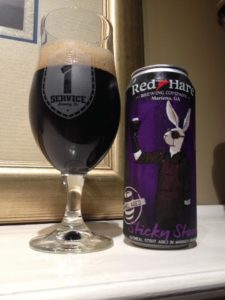