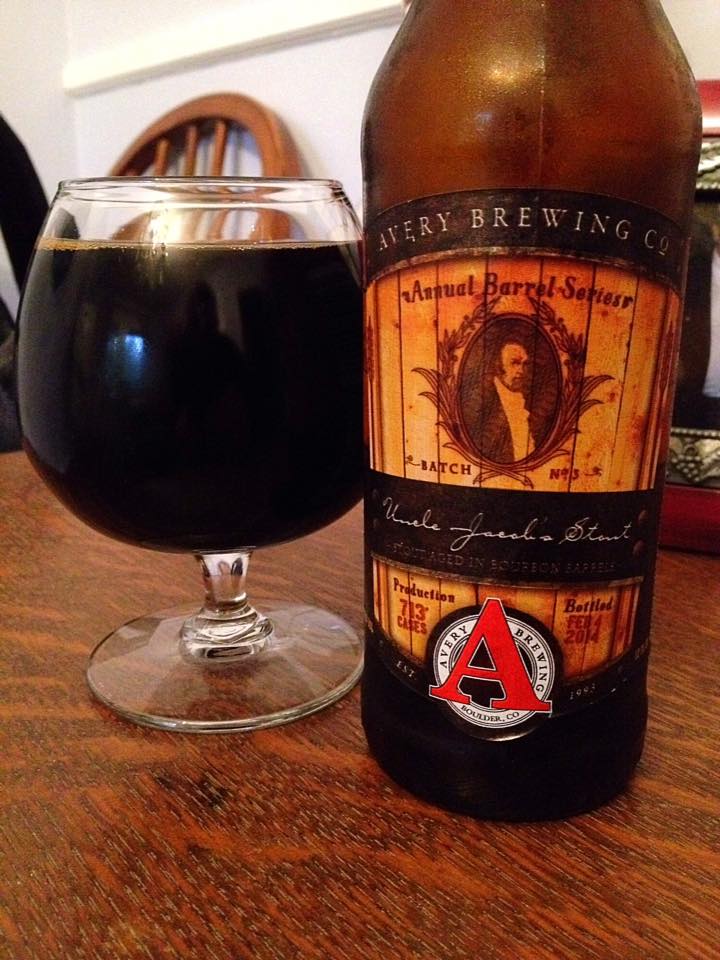 Avery Uncle Jacob’s Stout is an American Double/Imperial Stout aged in bourbon barrels for six months. Bottled in February of 2014, this Annual Barrel Series beer clocks in at 14.83% ABV. This actually appears to be “weakest” vintage to date. The ABV ranges between 16.53% and 17.42% with the other vintages.

The beer pours with a completely opaque black color, not a spec of light is making it through this liquid. The head was much more fizzy that I would have expected from an Imperial Stout this big, it was gone within seconds. A complex array of smells hit the nose; dark chocolate, sweet dark fruit, vanilla, bourbon, molasses, and caramel. There is a surprisingly small amount of alcohol heat on the nose which might be attributed to the nearly three years of aging this bottle received. Sweet, yet complex on the taste. Vanilla, over ripe figs, and sugary sweet raisins hit my palate immediately. A wave of sweet caramel follows the initial taste and is joined by a moderate amount of bourbon and alcohol burn. As the taste develops I get notes of chocolate covered cherries at times, and all the sweet dark fruits make me start to think of port wine. Some dry oak and roast stick to the mouth in the aftertaste; it’s not enough to truly balance this beer, but without it the sweetness could easily be way too much. Thick but not chewy, this beer does feel a touch syrupy overall.

Certainly a beer you should try at least once, but the more you like big sweet beers the better. 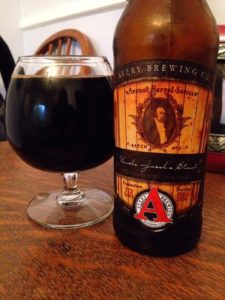