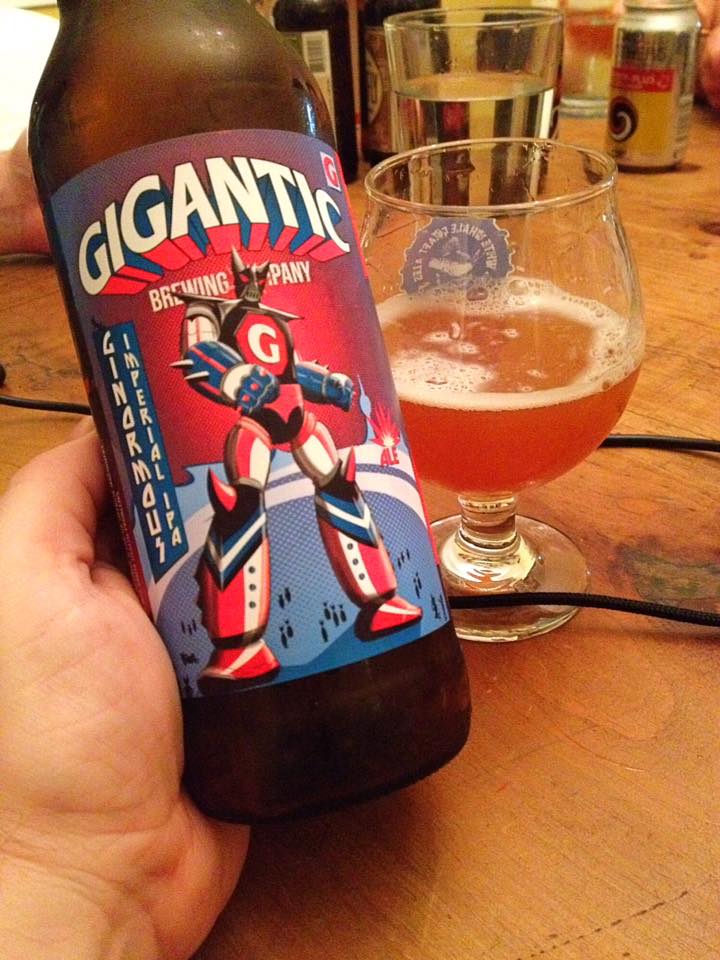 Gigantic Brewing Ginormous Imperial IPA comes in at 8.8% ABV. Huge thanks to BDR podcast listener Teah for sending some great Portland beers our way! This is a year round offering but seems to have been originally released in their Artist and Artisan Series in which they collaborate with different artists to create some amazing label art.

The beer pours with a cloudy but bright golden/orange color, hard to judge the head on a beer shared between four of us. Big and juicy fruit aroma going on here. It is hard to pinpoint a fruit specifically, but there is a nice collection of tropical aromas and the slightest hint of pine on the nose. We are gonna stick with juicy as the word of the day, this is one seriously juicy DIPA. Again the flavor is a bit congealed, it is hard to pick a particular fruit, but this has a sweet and ripe fruity flavor that is quite outstanding. Not overly bitter for a Imperial IPA, but that is really letting all that fruit flavor shine.

This is about as refreshing as a Imperial IPA can get, I hope I get to have this again sometime. Thanks again Teah, this was delicious. 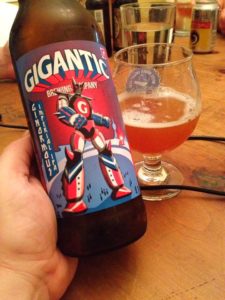