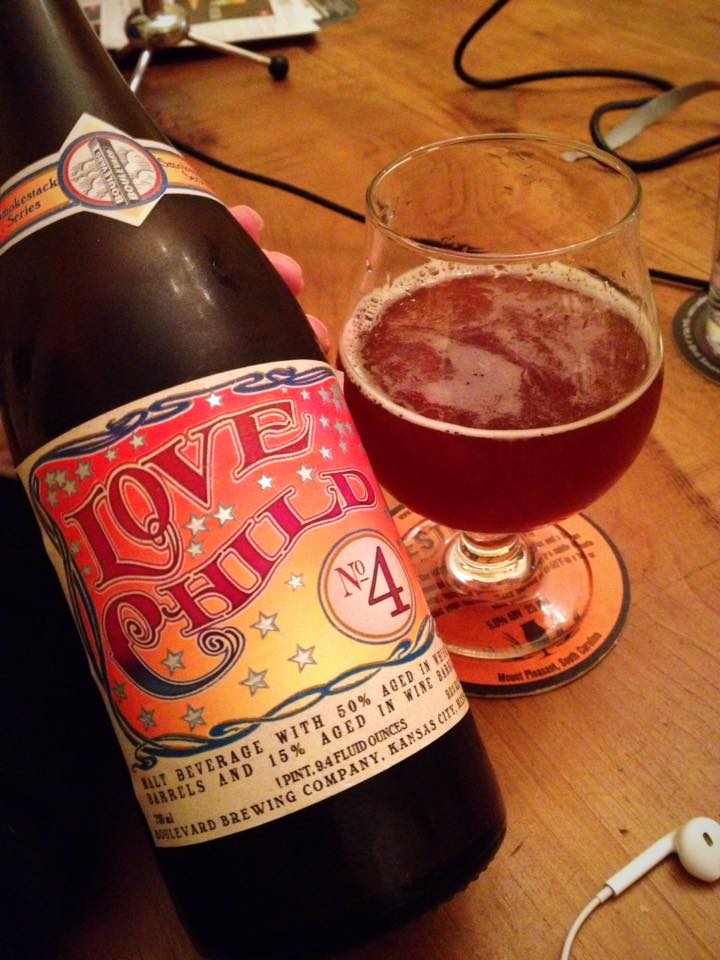 Boulevard Love Child No. 4 is an American Wild Ale fermented with Lactobaccillus and Brettanomyces, 50% aged in whiskey barrels and 15% aged in wine barrels, 9% ABV. Love Child is essentially the same sour ale brewed each year with slight variations in barrel aging and ultimate final ABV. This vintage was packaged in 2014 and had a best by date of 03/2016, it was opened and shared on 10/27/16.

The beer pours with a cloudy copper color that reminds me of a natural cherry juice. Sourness and funk hit the nose immediately with some intense apple cider vinegar, but before long a nice stone fruit aroma appears as well. The taste certainly brings the big sourness, but I am surprised by how much oak I get out of this right out of the gate. I find it hard to believe that after two plus years the 15% wine barrel can still be adding a whole lot, but I swear I am getting some fairly strong wine barrel notes as well. Just as surprising is the fact that the 50% whiskey barrel is nowhere to be found. The is a ton of generic fruit flavor in the taste, but what really stands out to me is crab apple.

I have started to shy away from aging beer in general, but this is one that is aging quite gracefully. 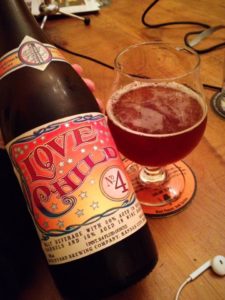