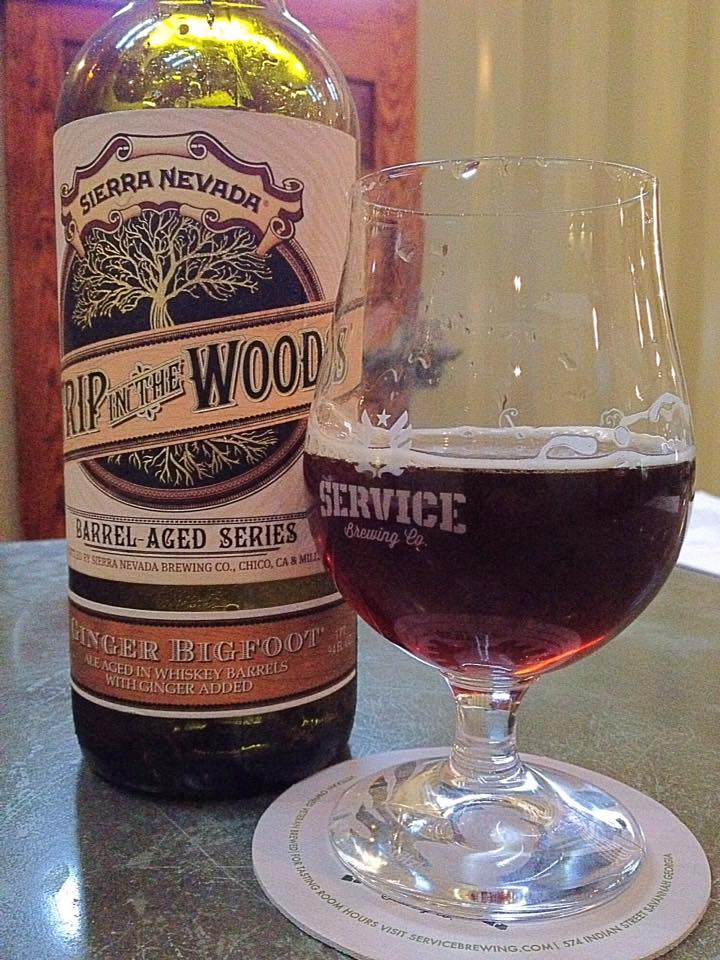 Sierra Nevada Trip In The Woods – Ginger Bigfoot is an American Barleywine aged in Whiskey Barrels with ginger added, 11.4% ABV. Shared at a recent work meeting, the 750ml bottle was split between five of us.

The beer pours with a clear copper brown color, a nice light tan head appeared on each of the pours. Intense ginger immediately hits the nose. This kind of smells like a homemade “cure” a grandmother might make. I like the aroma, but it was a bit too strong for most in the group. The taste starts sweet with a good bit of caramel and brown sugar before a jolt of strong fresh ginger comes in on the middle of the taste. It takes some time for me to warm up to that ginger flavor, it’s a bit weird at first but I eventually do. The finish has a great combination of the big spicy hops you expect from Bigfoot and some nice whiskey notes from the barrel.

It certainly took a few minutes, but I have to say I enjoyed this one. Not the kind of beer I could see being tackled on one’s own, plan to share this bad boy. 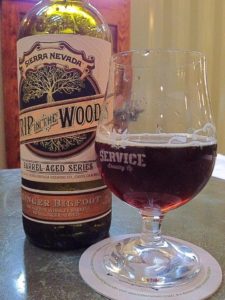