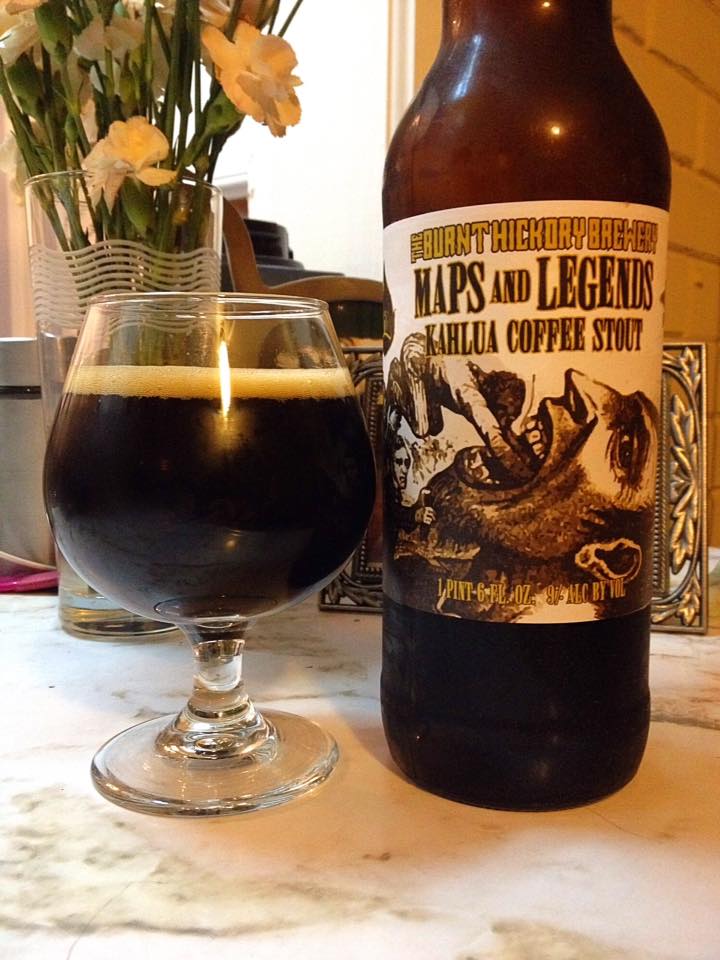 Burnt Hickory Maps And Legends is an American Double/Imperial Stout, 9% ABV. The label of this beer tells me it is a “Kahlua Coffee Stout”, and that it is No.4 in the BHB Legacy Series. It does not tell me when it was bottled, but I’ll assume it was pretty fresh since I grabbed this from the brewery in late November.

The beer pours with an extremely dark brown color and has a nice looking tan head as well. The sweet aroma starts with a huge blast of chocolate and strong coffee, a nice amount of cinnamon comes in after the coffee settles down a bit. The taste reflects the aroma quite well. Chocolate initially dominates the taste along with a much milder amount of coffee than I got on the nose. This is followed by notes of strong cinnamon, graham cracker, and sweetened condensed milk. The mouth-feel is slick and not overly carbonated, it works perfect with the aroma and flavor profile. It has been a while since I’ve had Kahlua, but I can’t see how it is involved in this beer at all.

This beer is flat out delicious. Although it does not have the spice heat in it, I’d put this up against some of the better Mole Stouts that have been coming out lately. 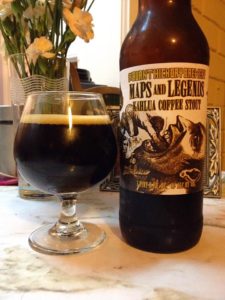