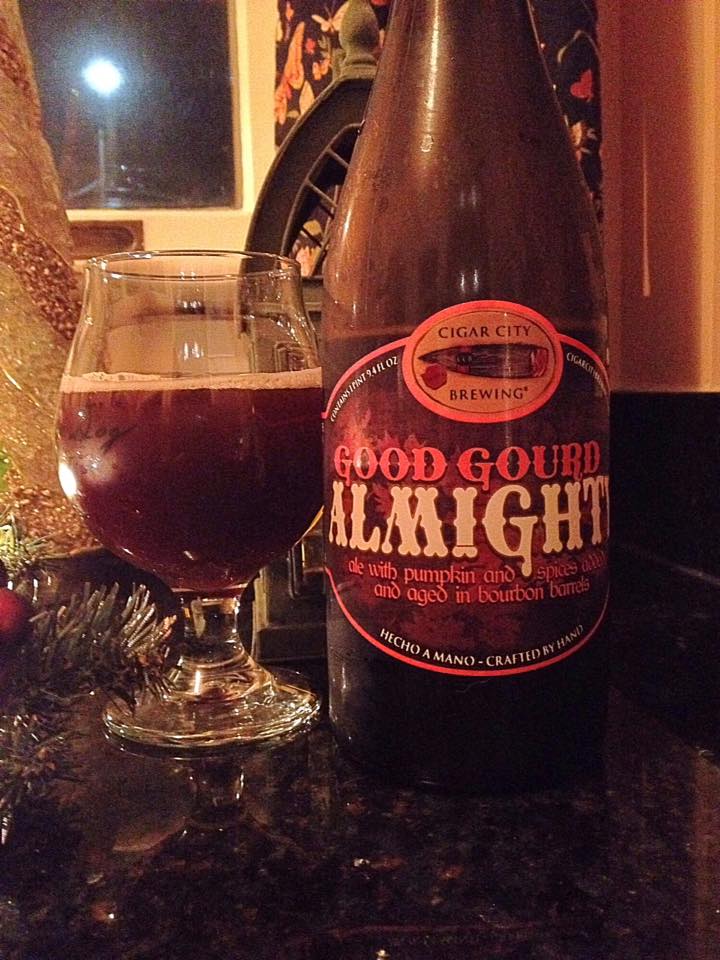 Cigar City Brewing Good Gourd Almighty 2016 is a Pumpkin Ale aged in Bourbon Barrels. No ABV listed, bottled on 02/11/16, opened on 12/13/16. The first version of this beer was aged in rum barrels and was quite fantastic, so I was excited to see the El Catador Club release another round of this one in a different type of barrel.

The beer pours with a dark burgundy red color with a quickly fading off white head. Sweet on the nose with plenty of pumpkin, clove, nutmeg and cinnamon to go around. Bourbon and vanilla are also in abundance this rich and sweet aroma. The taste is as expected with an almost syrupy sweet combo of pumpkin, brown sugar, nutmeg, cinnamon, vanilla and some boozy bourbon. A fairly dense and slick mouth-feel with some less than bright carbonation is the perfect compliment to the taste and aroma.

A bit of a sugar overload, but the barrel aging creates just enough of a taste difference to make this one worth seeking out. Bourbon Barrel aged Pumpkin Ales have been hit or miss for me in the past, but this one gets it right. 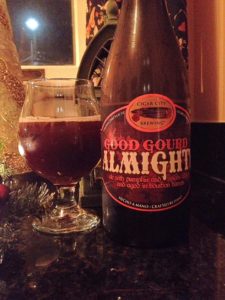