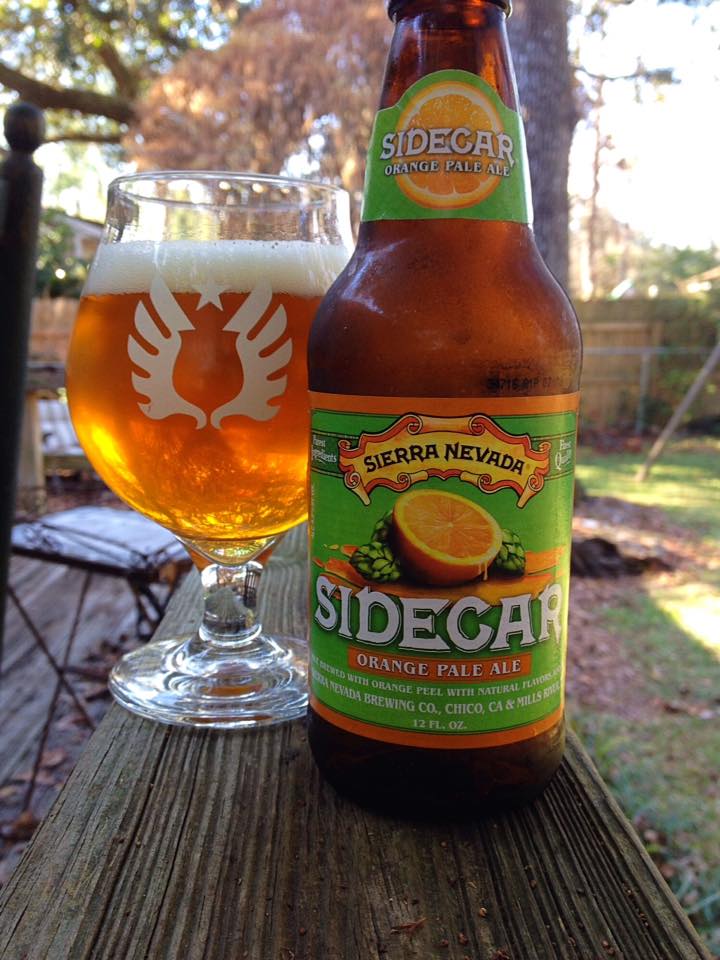 Sierra Nevada Sidecar Orange Pale Ale is an American Pale Ale. 5.3% ABV, bottled on 12/20/16, opened on 1/14/17. This is not a case of simply adding some orange to their flagship Sierra Nevada Pale Ale. It seems some amount of an overhaul was made to brew this beer. According to the website the beer is… brewed with Cascade, Equinox, and Mandarina hops with a hint of orange peel from additions in both the brew kettle and the fermenter.

The beer has a clear golden orange color, while the pour creates a good looking white head with some solid retention. A tremendous amount of sweet orange and a little ruby red grapefruit are immediately noticeable on the aroma. Some caramel malt lies underneath on the nose as well. I like how the orange peel interplays with the traditional elements of Sierra Nevada Pale Ale. A good amount of orange hits the palate right away, but it is overtaken by some spicy hops and a more crackery malt flavor. The orange does return, mildly lingering in the finish along with a some pine and hop bitterness. Crisp and easy to drink, this is one tasty Pale Ale.

I don’t think this would ever replace the original, but this does a great job of adding the current popularity of juicer hops to their year round line-up.