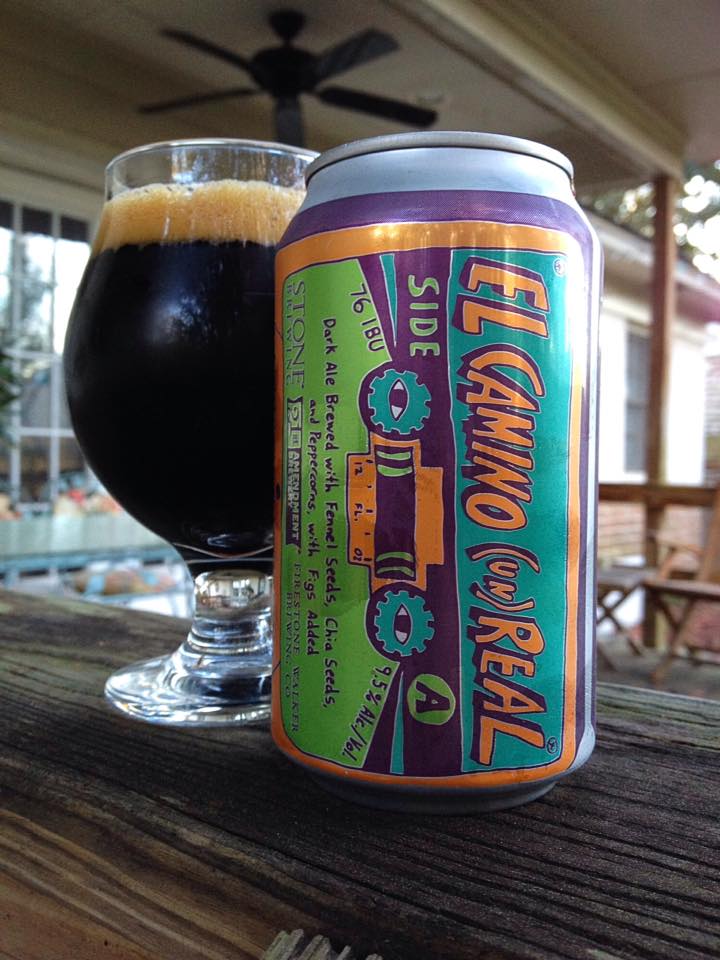 21st Amendment El Camino (Un)Real is an American Strong Ale brewed with fennel seeds, chia seeds and peppercorns, with figs added. It is hard to read the smeared packaging date, but it appears to be 10/10/16. So not the freshest can here, at 9.5% ABV I’m willing to bet it’s still just fine though. This collaboration was originally released in 2010 with Firestone Walker, and Stone Brewing where it was brewed. 21st Amendment takes the lead with the recipe this time around. The beer takes its name from the historical mission trail El Camino Real that linked the 21 Spanish Missions throughout California and also links the three breweries together.

The beer is a dark Stout like black color with a wonderful dark tan head. I’m digging the aroma here, sweet dark fruits merge quite well with some slightly charred malt, a little licorice and general spiciness. The taste starts a bit on the sweeter side with notes of caramel, chocolate, and some figgy dark fruit. The spices come into play quickly after that with the peppercorn taking full charge of the flavor proceedings. The spices and seeds that were added to the beer begin to meld with a totally unexpected hop bitterness. (I guess it shouldn’t have been too surprising since the 76 IBU’s are clearly listed on the can!) The mouth-feel is on the chewy side which is complimented by some strong carbonation. This comes off like an interesting mix of a Winter Warmer and a Black Ale/IPA to me.

It would be hard to say this is a beer for everybody, but after a few sips I got into what is going on here. I’d snag a can or two if they are still around in your market, looks like you might have to wait another six years or so if you don’t! 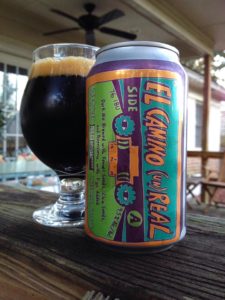