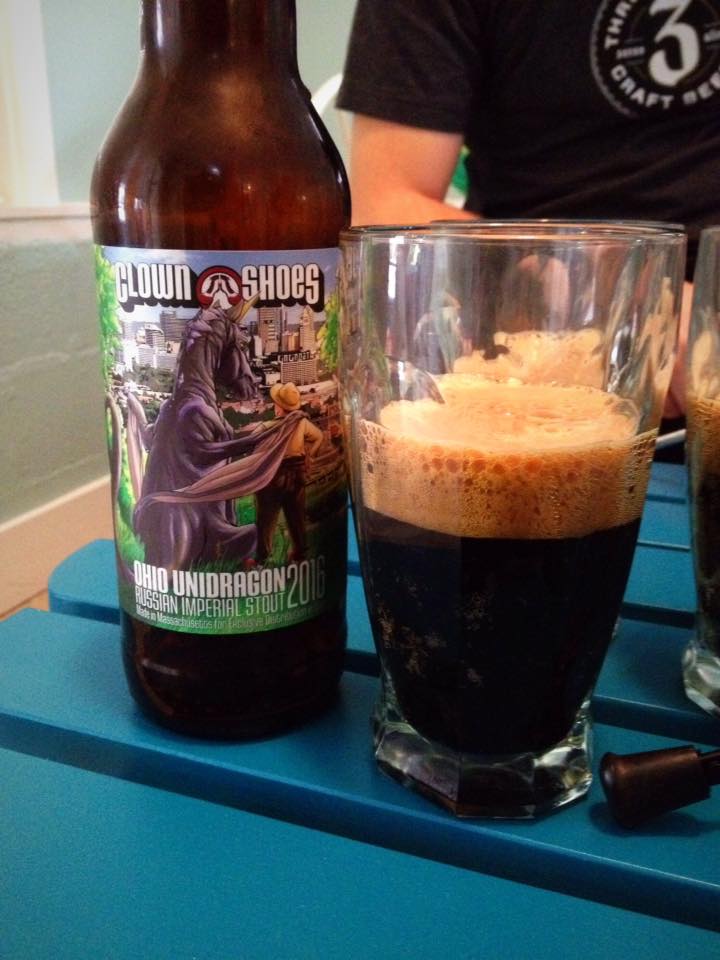 Clown Shoes Ohio Unidragon is a Russian Imperial Stout brewed with rye malt and hops from Ohio Hop Growers Guild exclusively for the state of Ohio, 12.5% ABV. Some guess work here, but it looks like this used to be a slightly different recipe to accommodate Ohio ABV limits. Now that the limits have changed, the beer is still being brewed, but now at it’s proper 12.5% ABV.

This looks just like a Russian Imperial Stout should, big and black with a nice frothy khaki head. A compelling combination of dark malt, mild licorice, alcohol heat and some roasted nuts make up the majority of the aroma. Not used to getting that nutty thing on the nose with this style, but I rather like it. The taste is closer to a traditional Russian Imperial Stout. It’s still there but that nutty flavor is much more mild in the taste. Classic roasted malts, licorice/anise, and alcohol sting make up the majority of the flavor profile. A nice chocolaty caramel flavor comes out after the beer warms up. The finish has a great combination of some spicy rye and maybe a little hop bitterness as well.

Thanks to Andrew for bringing this down to Georgia to share. Another super solid offering from Clown Shoes. 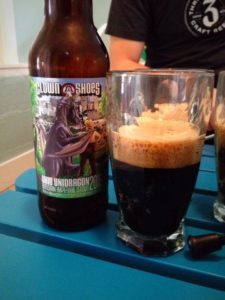