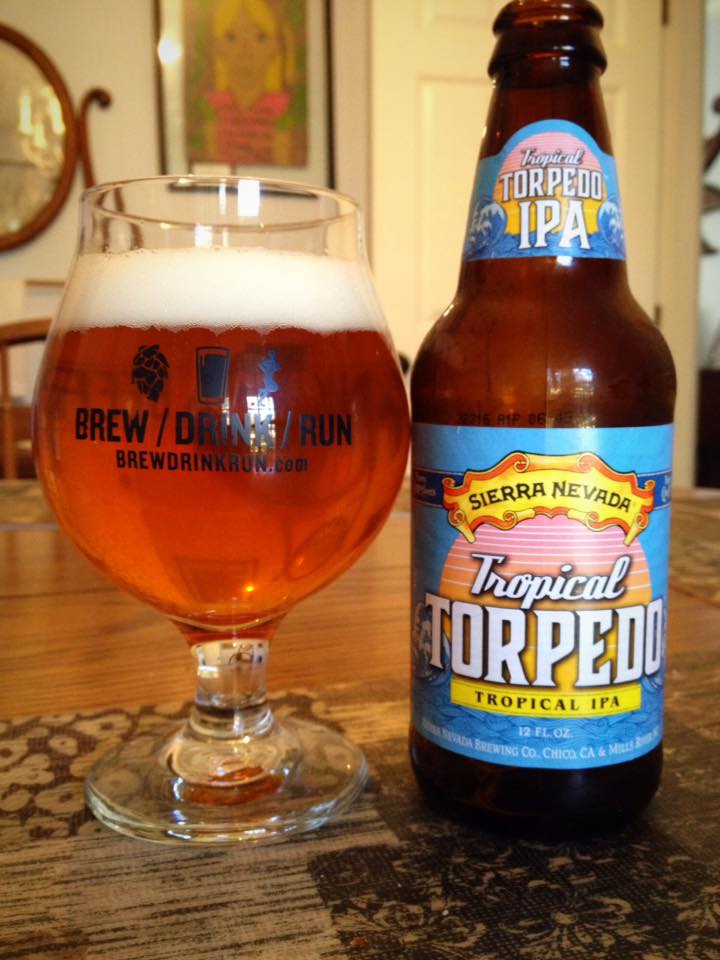 The beer is a slightly hazy golden orange color. A solid white head settles down to a fairly thick layer of foam on top of the beer. For a beer that promotes a big tropical fruity aroma, this is remarkably lacking in that exact thing. Don’t get me wrong, this beer smells good, I just don’t get a ton of tropical fruit. I’m getting more of a spicy pine hop profile on the nose with some rather muted citrus in the background. A little bit of slightly sweet biscuit malt is evident in the taste, but this is a definite hop bomb overall. The more spicy side of the Mosaic hop is ever present on the palate. Strong pine, bitter grapefruit rind, and some mild sweet orange contribute to the big hop character of the beer. Tropical Torpedo is a touch high on the bitterness, and rather lacking when it comes to balance.

No regrets about picking this one up, but I think Sierra Nevada makes several IPA’s that are better than this. I’d just as soon enjoy a Torpedo Extra IPA or Celebration Ale when it is available. 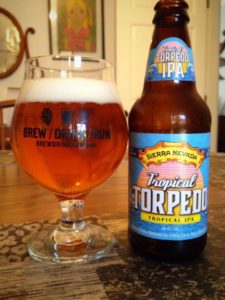